In farmers’ stir, Kejriwal sees an opportunity to “burn down Delhi’ 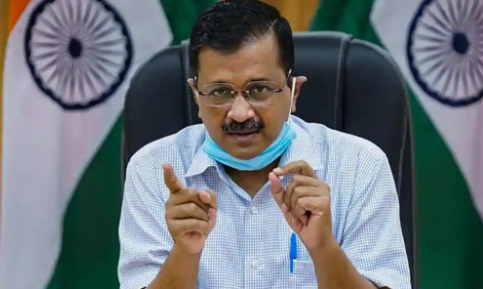 The chicanery of Delhi chief minister Arvind Kejriwal and his Aam Aadmi Party (AAP) was on display on Monday as agitating farmers made public their plans to stay put in the Capital for the next few months.

Tweeting in Hindi, Kejriwal pleaded with Delhites to “serve” our “annadatas” (Food-providers) who are fighting a battle for what’s their “haq (right).” He also attached his appeal-video with the post.

“They are our country’s farmers. The country in which the farmers are unhappy cannot progress ahead. We have to serve farmers with full devotion,” he said.

Raghav Chadha, the AAP MLA, meanwhile said: Our heart beats for the farmers. We stand with them…this is led by the farmers and we are only here to support.”

Chadha told NDTV that his party has made arrangements to ensure “our revolutionary brothers and sisters” have all the basic facilities.

“We are making sure that facilities are available to our revolutionary brothers. They have faced tear gas, water cannons and stones were pelted at them. We have installed portable toilets and arranged for drinking water and 24×7 langar (community kitchen) at GTB memorial,” he said.

All this could’ve been perceived as a genuine concern on the part of Kejriwal but for the fact that his AAP government is shamelessly backtracking after having itself approved and notified the Farm Acts 2020 passed by the Centre.

Pointing this out Amit Malviya, the head of the BJP IT Cell said the Delhi government is backtracking. “Now that Khalistanis and Maoists have stepped in, he (Kejriwal) sees an opportunity to burn down Delhi.”

Arvind Kejriwal led Delhi government has already notified the new Farm Laws on 23Nov20 and had started implementing them.

But now that the Khalistanis and Maoists have stepped in to oppose, he sees an opportunity to burn down Delhi.

It was never about farmers. Just politics… pic.twitter.com/s5gMq9z8oW

It does appear sheer politics and an anti-BJP agenda which the Opposition is pursuing, “inciting farmers” as mentioned by Haryana chief minister Manohar Lal Khattar, at the cost of farmers’ own welfare. All experts have hailed the Farm Acts yet all kind of people—from genuine farmers to secessionists in their garb and political opportunists–are busy reaping a windfall, without a care for what’s good for farmers and the country.

Prime minister Narendra Modi, while in Varanasi today, publicly shed light on the matter while highlighting the pathbreaking aspects of the Farm Acts.

“In the recent period, the country is witnessing a new trend. Earlier, if someone didn’t like the government’s decision, then it would be opposed. Now, the opposition is not issue-based. Now the opposition is based on fearmongering,” said Modi.

“We have to remember that these are the same people who have cheated the farmers for years together,” he said.

Meanwhile, the agitating farmers looked for long haul, refusing Centre’s offer of early talks. They refused to shift to a secure protest venue. Delhi Police had sought permission from the AAP government to convert stadiums into jails; the AAP flatly refused.

Meanwhile, netizens viewed the development as another Shaheen Bagh in the making.