In Greta Thunberg or Disha Ravi, “they” hope to politicize masses 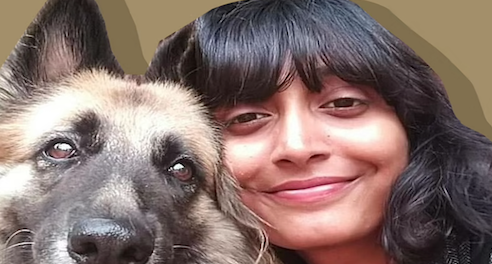 India has woken up to a 22-year-old climate activist in Bengaluru being picked from her home—passionate environmentalist, vegan, breadwinner, a bright student. Our newspapers have spoken to her neighbours, her classmates, teachers, fellow activists. They have echoed politicians. Spared newsprint for those who can’t fathom how a “toolkit”—a routine measure in protests—could invite sedition charges.

There are two worlds: One Real and the other of Narrative.

In the Real World, the protesting farmers have created their own “autonomous country” — tents, dorms, nurseries, gyms, massage centre etc.

In the narrative world, they are braving the harsh winter, old women and men, fighting for the livelihood and undeterred even after 200 of them have died.

(Lost in translation is if 200 were really dead, in 70 days, or three per day, why we didn’t see at least one funeral every day in our newspapers? Why life looked normal on sites—same langars, same sweets being distributed, same discos?).

In the Real World, The Supreme Court didn’ stop farmers from entering the Capital on Republic Day. The farmer leaders gave in writing they would follow specific routes, specific timings, specific numbers. Nothing was adhered to. Police forces were beaten black and blue; over 100 ended up in ICU, Indian tricolour was demeaned at Red Fort; a symbolic coup on Indian Republic. Democracy didn’t matter. A lawfully elected government by over a billion didn’t matter.

In the Narrative World, Indian state had plotted Republic Day shenanigans, they Red Fort rioters were RSS men and when a farmer turned turtle on his tractor, and died, his body was covered in Indian tricolour as a patriot who had just been shot down by fascist Indian state.

(Lost in translation is Shashi Tharoor and Rajdeep Sardesai whipping up the “farmer-killed” frenzy on a dangerous day with huge repercussions for Indian Republic but dare you book them for promoting religious enmity, inciting violence or sedition against the Indian Republic).

In the Real World, farmers in Punjab and Haryana have remained stuck in mire, degrading soil, depleting water, breeding “cancer villages”, their meagre resources forcing their hands to burn stubbles which makes tens of millions in India’s Capital breathe air worse than a gas chamber.

In the Narrative World, climate activists are pooling resources to term it as the “largest protest in human history,” Greta Thunberg-Disha Ravi and co. drafting a toolkit which has the patronage of secessionists Khalistanis and twitter is trending with #farmergenoicide—both tags a blatant lie.

(Lost in translation is a simple question to our climate warriors: Why support forces which is forcing millions to breathe in a gas chamber? The very cause which supposedly defines you?).

In all this, the Real World is very different from the Narrative World.

It’s neither largest human protest in history; nor is it farmer genocide; nor a lakh of farmers are speaking for 12 crore others;  nor the Indian State, and Judiciary, hasn’t tried to talk;  nor avoided a suspension of farm laws; nor avoided to seek a reason for farmers’ angst; nor used force.

None of this is reflected in the Narrative World. This world doesn’t take into account the inconvenience to general public, general farmers, general business. The losses to India’s economy; the future of India’s agriculture, and thus Republic; and whether this all could be a coordinated attempt to keep India from growing to its full potential.

By now it should be clear there are forces which are running a narrative different  from real. When the French Revolution broke out in the 18th century, Goethe rejected it. He viewed it as politicization of masses.

How are masses politicized? When they identify with a cause. It rallies them, bring them on to the streets. They see the State as an obstacle, as unconcerned with their future. These forces are young, worried about their future, their careers, the lives. what they would be inheriting in decades next. They are easily swayed. In due time, its’ Masses versus the State. This politicization works under a profile which leaves the State helpless.

So this profile is of young children, old women, innocent faces or too wrinkled. Who would take on young schoolchildren, sparing their Fridays, blocking streets, for environment? It happens on one street, then another; one city, then another; and in due course this rubs on to the next neutral schoolchildren. It’s too heady, too intoxicating for a rebel in young: Guy, meet me at next crossing; don’t worry I have placards; tell aunt to pack some sandwiches. For many it’s a picnic. For those who run a narrative, its captive humanity for their nefarious designs.

So if you sympathize with Disha Ravi, do sympathize with her youth and concede her rightful passion. But do pause and think if she is unwittingly a pawn in a bigger game. Question those who don’t find Republic Day riots and tricolour demeaning as seditious. Ask them why a “toolkit” which is linked to Khalistanis could be termed a standard toolkit? And why a 21-year-old is still a kid while a Kasab and Burhan Wani are not? Why a 21-year-old is responsible enough to elect the government but she is too young to be termed a secessionist.

So brace yourself for the narrative in coming days, weeks and months which would attempt to put our Young against the Indian State. Those fresh faces on front pages would swoon the rest of us. And we would just be that majority of humanity which has all along history been brainwashed by forces who don’t want our good.