India in health crisis: Contrasting Modi govt with the ones of Congress in the past 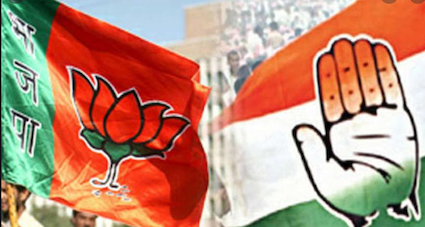 The country is fighting with the deadly second wave of coronavirus. It’s on way to overcoming it but a section of Congress leaders have been relentless in hindering India’s vaccination drive.

Senior Congress leader, Rahul Gandhi runs down India’s vaccination drive almost daily. He would do well to remember the track-record of Congress leaders since India became independent in 1947.

In 1979, Congress had backed Charan Singh to lead the government. It launched the polio vaccination drive almost a quarter-century after it was done in the United States.

Similarly, the vaccine for smallpox was launched in 1962 under the Jawahar Lal Nehru government. When it was eradicated in 1977, it was after almost 15 years after the US and Europe had done so.

Within these years, lakhs of people lost their lives or faced severe repercussions. It wasn’t the lack of knowledge but clear mis-governance that turned these diseases into nothing less than the epidemic.

In contrast, the present vaccination drive for Covid-19 pandemic is hitting 20 crore doses administered already. Unlike previously, when the scientists had the breathing space and “luxury of time” to research and develop vaccines, this one for Covid-19 has been done under immense urgency.

The vaccination drive in Modi’s India is in a mission mode. Vaccine manufacturers have a free hand and full support to produce vaccine doses in the limited time.

It is also pertinent to note that it was Prime Minister Narendra Modi’s proactiveness that turned the vaccination drive into mission mode. The Central government fully backed the vaccine manufacturers, giving them freehand and full support to produce and manufacture vaccine doses in a limited time.

It was PM Modi-led government-initiated schemes like Ayushman Bharat, Jal Jeevan Mission that made the healthcare system reach rural areas.

Beyond that, as per official data, under PM Modi, the government has made as many as 22 new AIIMS institutions in different phases.

Out of these, 14 have already become operational in seven years, which is in stark contrast to Congress 70 years in which only one AIIMS was made operational and that too in Raibareli, the home constituency of Sonia Gandhi.

The current government has started taking the comprehensive health ecosystem every citizen deserves, unlike Congress, which never accepted healthcare as a primary topic.