India is not dependent on China for its power plants: Contrary to what you imagined! 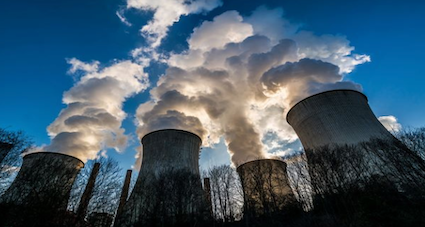 (The below piece, written by Krzyestof Iwanek, is taking with gratitude from TheDiplomat).

In George R.R. Martin’s saga, A Song of Ice and Fire, two characters known for their cunning, Varys and Tyrion, consider the nature of power. They do so through a riddle: If a king, a priest and a wealthy man sit in a room with a mercenary, whom of the three will the armed man listen to? Varys’ commentary to the riddle is that “power resides where men believe it resides.”

In the HBO adaptation of the novel, another character, Cersei, known more for her cruelty and use of strength than for a fondness of riddles, has a much more simplistic answer. After a short demonstration of physical strength of her guards on her rival she tells him: “power is power.”

Power is power, but here our subject is power plants.

Sometimes trying to establish one fact leads one to write a whole commentary. In this case, while trying to look at the broader issue of India’s dependence on imports from China, I stumbled upon the issue of purchases of critical Chinese equipment by Indian power plants.

In Ananth Krishnan’s highly informative “India’s China Challenge,” a book I otherwise recommend, a claim was made that “three in every four Indian power plants use Chinese equipment.” Similarly, Anil Agarwal, CEO of Vedanta Resources, recently stated that “[m]ost of the power plants in India are imported from China.” Yet, confirming this on a case-by-case basis turned out to be a challenge for me, at least when it comes to the crucial equipment: turbines, boilers, and generators used in coal-fuelled power plants.

What Indian government sources suggest is less dependence than the above statements suggest. As of 2018 – according to a report by the Central Electricity Authority (CEA) under India’s Ministry of Power – 118 of India’s 621 thermal power plant units were running on a pair of a Chinese-made turbine and boiler. These represented 24.4 percent of coal energy created that way (48GW of 196GW). As India’s total electricity production was 344GW at the time, it would mean that the generation of energy out of coal with the use of crucial Chinese technological products represented 13.9 percent of India’s total energy mix.

CEA’s much newer report (2021) outlines how much energy has been added to Indian thermal power plants over the 2012-2021 period, including where crucial equipment comes from. This, therefore, is a presentation of a trend over the last nine years – an important indication by itself but not a summary of India’s total coal power generation. As per the report, a total of 123.2GW has been added to India’s coal power generation, out of which 31.6GW have been achieved thanks to three elements of crucial equipment imported from China: boilers, turbines, and generators. In simpler words: India was dependent on critical Chinese products for approximately 25 percent of new coal power it generated over the past nine years – nearly the same scale of dependence as in the case of total power generations as recorded until 2018. This is a significant proportion but very far from complete dependence.

Still, this has already become a problem for New Delhi. First of all, the Chinese products of this kind are cheaper than those offered by the country’s own producer: state-owned Bharat Heavy Electricals Limited, or BHEL. This, however, would have been only an economic issue if not for the state of Sino-Indian political relations. Given the fact that these have recently become colder, opinions that Indian power plants should not be reliant on Chinese technology started to emerge more often. The rationale given was not only that products from China sometimes broke down but that they could even smuggle in malware (India’s power minister claimed as much last year).

This is a much more complex, 21st century version of Varys’ riddle: If India needs more electricity and Chinese firms can offer boilers, turbines, and generators cheaper than an Indian state company, does it mean Beijing has power over New Delhi? In this case the answer appears to be “no” (well, unless the matter of malware is a real threat). Here, the question of scale emerges as crucial: India would have been dependent on China in this regard had it been using China-made equipment in most of its plants or had India not been able to produce such technologies by herself. But given how often orders are placed for BHEL-made power generation equipment (and sometimes even with other foreign companies), Indian governments may probably find this kind of a cost bearable.

But, of course, the cost is borne directly by the governments in the case of public power plants. Most of the coal-fuelled government-owned plants are ordered from BHEL, and rarely from the Chinese firms (as the same data for 2012-2021 indicate). It is from private power plants that most of the orders for Chinese products are coming. To force private companies to reduce such imports, New Delhi would have to dramatically raise custom duties, bear a part of the cost by offering incentives to private players to not purchase from China, or outright block purchases from Beijing. The third solution now appears to be possible, as importing power generation equipment from China reportedly needs Indian government’s approval since 2020.

Finally, there is the issue of ecology and how Indian power generation will change in the future. New Delhi, like other governments, has pledged to reduce its use of coal. This will mean that ecological considerations may go hand-in-hand with political, economic and security-related ones: less coal-fuelled power plants may mean less imports of power generation equipment from China. But even here the matter is more complex and where old dependencies may be severed, new ones may emerge. New Delhi is reportedly importing flue-gas desulfurization systems – to be installed in Indian thermal power plants to limit emissions of sulfur dioxide – from China; although here, again, the scale of this process would have to be carefully measured. What is certain, however, is that as of now most of India’s imports of solar cells and modules are from China. Thus, even though the power sector appears to be the one where New Delhi will not allow itself to be completely and critically dependent on China, in general there is no one easy answer to the question on how India may reduce its imports from its rival power.