India’s democracy and its people are not on good terms: Why we are doomed 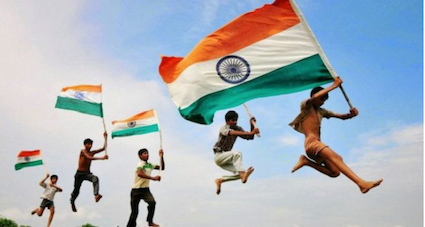 India’s democracy and its people are as much on good terms as a whale is with a large schooling fish moving in unison.

Both inhabit water without the same kind of freedom or choices. One derives comfort in company which it mistakes for security. The other often passes them even without as much as a glance. Or when it does, it’s to see which food the little ones are headed to.

The whales of India’s democracy are our rulers: Governments, Judiciary and Media. They rule the land and treat us the people as nothing more than dispensable. We could be bought and sold; united or divided through tools of religion, regionalism and records of past. Rarely, if ever, they have our good in mind.

But unlike water, the natural laws don’t govern these whales of land. Here they rely on the two sets of claws of democracy which set rules (legislature and executive) and then regulate (judiciary) them. They do it in ours or Constitution’s name.

These whales of land of course fight. They align or divide amongst themselves but the end goal is the same: Control. They seek power or riches of the world which of course is a bait dangled from foreign shores.

But none of this would happen. There is no-one to force a resignation out of a Mamata Banerjee, Arvind Kejriwal or a Uddhav Thackeray. They won’t resign on their will; and neither the Centre nor Judiciary would force the issue. It doesn’t matter what we think about them on evidence in public domain: They know we don’t matter; and come next poll, we would still fall for them.

That’s why I say, India’s democracy and its people are not on good terms. We are walking dead to propaganda; we don’t have a choice and a worse fate than present awaits us in future.

The tables of course could be turned if we could summon courage. If we think of each other than be divided on narrow lines. If we could reawaken the mercy in our hearts which all of us are blessed with. If we could spot the real enemy than mistake one with a tilak or a flowing beard. If we could din in their ears than foam with anger over evening drinks. For it’s not people vs people and instead, it’s people vs whales.

India’s judiciary knows people don’t as much respect as fear them and that’s good enough for them. They could choose one FIR over other; One Public Event over other; one dissent over other and their prejudices and allegiances get a full play.

Modi’s Centre suddenly appears mindful of its steps post anti-CAA anarchy. They could’ve dismissed Mamata Banerjee long back before 2021 assembly polls; they could’ve shaped up Delhi’s BJP to take on Kejriwal; they could now at least deal with protesting farmers differently than providing them with a lone rope they have thus far.

If they do this, a bad press would follow which it does anyway. It could happen that an immature, if not a recalcitrant judiciary, would overrule them in a courtroom. If the idea is to placate the West, it’s happening not because of its copybook methods but because India is needed in South China Seas. If it’s fearful of sanctions or economy’s derailment, it’s at small cost to the rejuvenation it would cause among millions of Indians. India would’ve its courage back.

Or it’s nothing but self-preservation at the cost of India’s future. Such a waste sitting atop the horse of the majority. Such a bad precedent being set when every State would follow Bengal in ignoring its federal responsibility while indulging on its whims. When anyone who thinks of bringing Cenre to its knees, would only need to block the gates of Delhi or create another Shaheen Bagh. Authority, once eroded, is difficult to reclaim.

But then when have whales bothered about schooling fish. It’s we alone who could ensure that the letter of Constitution is followed in spirit too and the welfare of majority is at the heart of India. Only our courage and morality could make governments, judiciary and media accountable. Boycott our newspapers, ask judiciary when it plans to settle crores of our unsettled cases on its racks; why some cases are given midnight airing while some could last a century. Punish the governments who can’t read your pulse or those who believe freebies or stuffing the pockets of newspapers is good enough to make them win election after election.

When Truth is replaced by Silence; the Silence is a Lie. A society or a nation which can’t cure itself, won’t survive. India is unravelling and only we the people could stop it.

For only we seem to have its interest on mind.