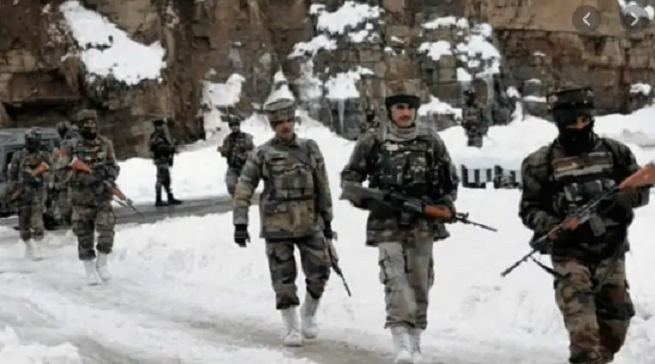 India slaughtered five Chinese soldiers during the de-escalation movement at Galwan Valley in eastern Ladakh, as per a report in The London Express.

As per the report, the Indian army confirmed there had been an incident on Monday and both sides had suffered casualties.

The Indian army said: “During the de-escalation process underway in the Galwan Valley, a violent face-off took place yesterday night with casualties on both sides.

“The loss of lives on the Indian side includes an officer and two soldiers. Senior military officials of the two sides are currently meeting at the venue to defuse the situation.”

It was a physical combat and not with ammunitions, the newspaper report goes on to add.

While the Indian side has confirmed the loss of an officer and two soldiers, the Chinese have denied any knowledge of an incident on the border, as per its foreign ministry spokesman Zhao Lijian.

However, China’s Global Times, which is published by the People’s Daily, the official newspaper of China’s ruling Communist Party, have confirmed the news. It’s editor Hu Xijin has tweeted : “Based on what I know, Chinese side also suffered casualties in the Galwan Valley physical clash.”

Hu then acquired a threatening tone in his tweet: “I want to tell the Indian side, don’t be arrogant and misread China’s restraint as being weak. China doesn’t want to have a clash with India, but we don’t fear it.”

“Considering they’ve been hiding the #Covid19 cases and deaths, one can imagine the manipulation in the casualties they faced in border clash.”

The news has also been confirmed by a retired US Army colonel, Lawrence Sellin who tweeted:

These are the first reported casualties in decades between the two neighbours who are nuclear armed to the teeth.

The Indian army has said today that senior military officials were meeting in a bid to defuse tensions.

Emotions have run high since China’s incursion into Ladakh in recent weeks. India has shown spine in both its military and diplomatic engagements.

In 2017, the Indian side had informed China that prime minister Narendra Modi would not attend the BRICS summit in Xiamen if Chinese troops didn’t step back to their side of boundary in a standoff in Doklam in Bhutanese territory. China has subsequently disengaged itself from the faceoff.