India to test-fire BrahMos later this month; a show of strength in Indian Ocean 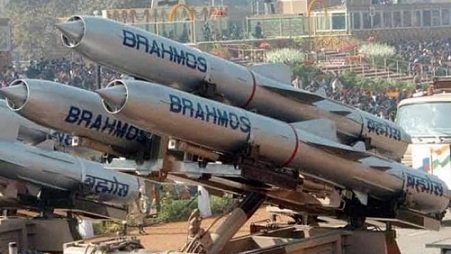 Before this month is out, the Indian armed forces would have done multiple test firings of the BrahMos supersonic cruise missile.

Three defence services and the Defence Research and Development Organization (DRDO) are getting ready for the test launch as per report.

Incidentally, BrahMos has already been tested thrice over the past 50 days.

It was test-fired from a ground-based launcher on September 30. It was launched by INS Chennai in the Arabian Sea on October 18 and fired by a Su-30 MKI fighter on October 30. Over the last two years, BrahMos has also been tested with an indigenous seeker.

The first BrahMos test-fired was an extended-range version of the cruise missile, made possibly by India becoming a member of the Missile Technology Control Regime.

Although there is no confirmation from DRDO or BrahMos Aerospace, the launches likely to take place later this month could be aimed at testing the extended range of the missile or its indigenous seeker, or both.

Besides testing its extended range, the test fire would also be a show of strength by India in the Indian Ocean amidst standoff with China in eastern Ladakh.