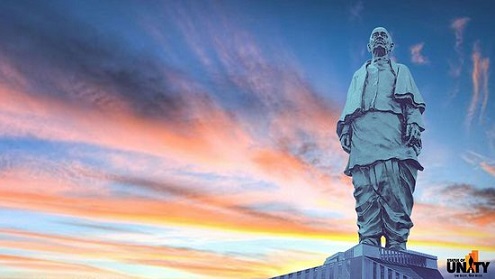 The Press Council of India (PCI) has censored the Marathi sister publication of The Indian Express, Loksatta for peddling fake news about the Statue of Unity.

After two years of the incident, the council found the newspaper guilty and has decided to censure the newspaper.

A complaint was made against the editor in chief of the newspaper, Girish Kuber by the activist Sadanand Ghodgerikar for publishing a fake editorial on November 3, 2018.

The Inquiry Committee of PCI actively began its investigation into the case this year in February.

The fake editorial claimed that Public Sector Undertakings were made to shell out nearly Rs.2,500 crore as their Corporate Social Responsibility (CSR) for the construction of the statue.

The news of several PSUs contributing funds for the statue didn’t go well with the CAG and they mentioned it in their reports from August 2018 and these reports were used by Loksatta’s editorial as the basis of their claims.  In a response to the Inquiry Committee, Loksatta claimed, Contribution towards this project (Sardar Patel Statue) did not qualify as CSR (Corporate Social Responsibility) activity as per Schedule VII of the Companies Act, 2013, as it was not a heritage asset,” citing the CAG report

However, it turned out to be the claims regarding the amount are highly exaggerated.

According to the claims, the Indian Oil gave Rs. 900 crore for the statue. However, the annual reports of Indian Oil say it actually gave Rs 21.83 crores. Activist Sadanand points out how the contributions made by PSUs were far lesser than what the editorial claimed. In his complaint, he highlighted how “Indian oil, Oil & Natural Gas Commission, Bharat Petroleum Hindustan Petroleum had contributed only Rs. 21.83 crore, Rs. 50 crore, Rs.25 crore, and Rs.25 Crore respectively.”

The annual reports of the mentioned companies also highlighted how the PSUs certainly did not spend what was being claimed by the Loksatta- Rs. 2500 crore.

The Inquiry Committee of the Press Council of India has also targeted Loksatta for not providing any material, other than the CAG report as proof of their claims.

The Committee opposed their idea of not revealing the names of sources and emphasized, “The respondent cannot refuse to place the material, which has formed the basis of the story, particularly when the respondent newspaper in the story itself has disclosed the source and that is the report of the CAG.”

Loksatta tried their best to avoid the matter by claiming that their editorial was based on external sourced but the Inquiry Committee paid no heed over the claims and dismissed it by saying,

This is not the first time when Loksatta was criticized by the Press Council of India. PCI has censured Loksatta for wrongly attributing a quote regarding cow slaughter to RSS chief, Mohan Bhagwat. PCI slammed the media group and its columnist and one of the oldest members of the Lutyens media, Karan Thapar.

The editorial with a fake article was written by Girish Kuber and Karan Thapar.

Loksatta’ published an editorial, on September 21, 2018, stating, “In 2015, Mohammad Akhlaq was lynched on suspicion of consumption and storing beef. There is a need to express reaction by the RSS chief. “The Vedas order the killing of the sinner who kills a cow”, this reaction was expressed by the RSS Chief after three days of this tragic incident,” wrote Girish.

In Indian Express also, Karan Thapar wrote, “In fact, Bhagwat himself is not averse to making inflammatory statements. In 2015, when Mohammad Akhlaq was lynched on suspicion of consumption and storing beef, he’s reported to have said: “the Vedas order the killing of the sinner who kills a cow.”

In fact, the Sarsanghachalak had strongly condemned the violence and mob lynching. But both the newspapers and the columnists wrongly attributed the words to Shri Mohan Bhagwat that were never expressed by him or other leaders of the RSS.