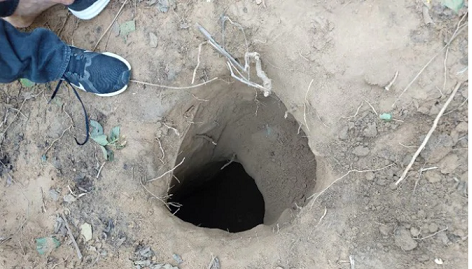 After terrorists used a tunnel to enter inside the Indian territory on November 22, Top officials on Tuesday informed that Border Security Force (BSF) team went 200 meters inside the Pakistan territory to unearth the mouth of a cross-border underground tunnel used by four Jaish-e-Mohammad terrorists. The terrorists were killed during an operation in Nagarota and mobile phones along with heavy arms were recovered from them. Security forces used the geographical data available on the recovered phones during the search operation.

Speaking on the Raising Day, Border Security Force (BSF) DG Rakesh Asthana spoke about the operation and said, “On the basis of the analysis of mobile phones recovered from terrorists eliminated by security forces, on November 22, BSF unearthed a tunnel used by terrorists to infiltrate in Samba sector.”

DG Asthana however, did not elaborate on the operational part of unearthing the tunnel which was detected in a joint operation by Border Security Force (BSF) and Jammu and Kashmir police.

The operation was “swift and intelligence-based action”, they said.

“After detecting the mouth of the tunnel, the BSF team found itself 200 meters inside the Pakistani territory,” they said, adding it entered through the tunnel and recorded the visuals inside it on the Pakistani side as part of collecting evidence before they returned to the Indian side. The operation was “swift and intelligence-based action”, they said.

The tunnel exit was in thick bushes carefully concealed and meticulously covered with soil and wild growth. Sandbags with markings of Karachi, Pakistan was put at the mouth of the tunnel to strengthen it. The tunnel was newly dug and looked like being used for the first time.

Four Pakistani terrorists were killed in a gunfight by the Indian Army after the truck, in which they were traveling was stopped at a toll plaza for checking.

As per the leads generated after the operation, BSF had learned that the terrorists were picked up by a truck from Jatwal village in the Samba on the national highway.