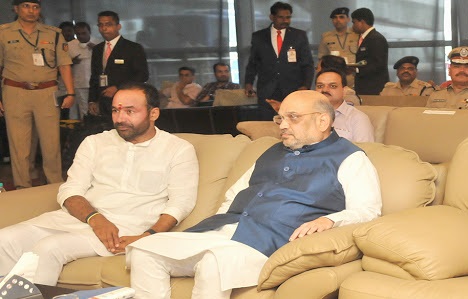 It seems the time has come for Indian Penal Code (IPC) and Criminal Procedure Code (CrPC) to undergo a massive overhaul. To keep pace with the changing times and new gender sensitivities evolving in the society, the British era codes of laws will be changed drastically.

An announcement to this effect was made by Union Minister of State for Home G Kishan Reddy at a function on Monday. He was speaking at a conference on Women Safety, “Let’s Talk – Strategies & Way Forward to Prevent Crime Against Women”. He said important stakeholders, for example Chief Justices, senior advocates, police officers, NGOs and various state governments have been asked for their respective views.

“We all should come forward and work in the direction that there is no gender injustice,” he said. A committee has also been constituted for this, he added, soliciting suggestions from those who attended the conference.

He was talking to reporters after calling on the family of a woman veterinarian, who was gang-raped and murdered by four persons at Shamshabad on the outskirts of Hyderabad last week. Reddy said the Centre in coordination with the Telangana government would ensure that the case is disposed of expeditiously and guilty get capital punishment.

Incidentally, the government led by Prime Minister Narendra Modi has repealed 1,458 archaic laws so far. More are likely to be on their way out after a thorough review, Union Law Minister Ravi Shankar Prasad had announced last year.

The aim of scrapping of old and archaic laws was to have “minimum legislations, and maximum governance”. According to official figures of the Union Law Ministry, an empowered committee had identified 1,824 old laws that need to be changed, or scrapped altogether.