It’s only logical we nominate a National Betrayal Day after Partition Horrors Day! 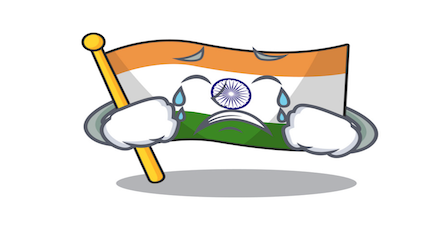 Independence Day is an event. As the preceding day would now be the one for Partition-Horrors. What do you think should be the National Betrayal Day?

In India’s Gangetic plains, you don’t need to have visited schools to know about Jaichand of Kannauj who helped Muhammad Ghori crush Hindu ruler Prithviraj Chauhan that laid the basis of Islamic rule in India.

When Marathas subdued Mughals, and reduced them as emperors of India only in name, and held sway over most of India for almost a century, Najib-ud-Daulah, the Rohilla Afghan chief of north India, invited Ahmed Shah Abdali of Afghanistan to wage a “jehad” against the Hindu revivalists. It caused the third Battle of Panipat in 1761 and snuffed out the Maratha empire forever.

Those with acquaintance to schools could remember June 23, 1757 when Robert Clive annexed Bengal, helped by traitor Mir Jafar, in the Battle of Plassey. It laid the basis of British rule in India. India had one-third of world’s GDP but was reduced to a mere 3% by the time of independence in 1947. These two centuries took millions of lives, sucked out our resources, unlocking famines and millions more lives lost to hunger and disease. British subedars, risaldars and jemadars picked up Indian women for fun, like the harems of Mughals and their allied Sufi saints did in preceding centuries of debauchery.

Those with still nuanced sense of history could mention Battle of Talikota, January 23, 1565, when an alliance of Deccan Sultanates ended the centuries-old Vijayanagara empire of Rama Raya, the last Hindu emperor of Indian annals. Rama Raya had helped Ibrahim Quli become the king of Golconda, called him his own Farzand (son), but it was Ibrahim Quli who betrayed him and joined Deccan Sultanates and must not have felt any pangs of conscience as Rama Raya was beheaded after the war, his head affixed to the tip of a spear.

You could have your own pick of villains in the tragic Indian history of last two millenniums but we are now independent, and there are no Mughals, Britishers or Deccan Sultanates. We are supposedly masters of our own destiny. Yet ironically to these sporadic dates of history, we are now betrayed not one but all 365 days of a year. And the traitors who cause it are no other than Lutyens Media.

That’s why I say we are being betrayed every single day.

They are busy erasing our memory so we don’t live with that pain, humiliation and remembrance. And so that we remain deluded.

And so that these pogroms and genocides happen again and again.