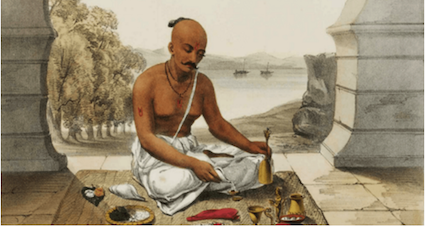 While caste-based discrimination disrupts the lives of millions of people across the world, one will always find the prominent mention of  South Asian countries. However, it becomes problematic as “CASTE” is a loan word that has no roots in any Indian or Asian language. In Sanskrit we have “Jati”, in Arabic, we have  “Quam”, Persian people use the word “Zat” and there are several other names too but there is no equivalent word for Caste.

The situation becomes even more problematic as this caste system is used to project as a kind of “social exclusivism” that is found only in India.

The English literature talks about how thousands of native Americans were brutally killed as they were “misfits” in the so-called New World of white Europeans. United States and Britain also exemplify the depravity of imperialism. With their “Heart of Darkness”, they presented the xenophobic image of Africa.

India’s caste system has always been a matter of interest and project for western scholars and researchers but did the caste system manifested itself only in India?

The entire discourse presented by the Western Scholars always begins with the “upper caste- lower caste” structure, “untouchables” and narrates the event how Brahmins were the ultimate reason for the discrimination against the Shudras.

People who do the task of faeces belong to the lowest category. Now, nowhere in history, could one present an incident where the task of handling waste or faeces was considered a dignified one?

In Europe also until the 20th century, human waste was removed physically and the people involved in that work were treated inhumanely They were only allowed to do work during the night and there were heavy penalties for them if they entered the city area during day time. They had no rights whatsoever but these western scholars choose themselves to be only acquainted with a selective part of history.

A high schooler studying ‘World Civilizations: Global Experience’ (AP Edition) textbook will come across sentences such as: “The Indian caste system is perhaps the most extreme expression of a type of social organization that violates the most revered principles on which modern Western societies are based.”

Meanwhile, the truth is India never had a caste system or the concept of purity of blood—one of the characteristics of Europe’s caste system—rather it has the concept of actions. The word “Jati” is used to divide society based on occupation and not in terms of blood.

The Brahmans, usually priests and scholars, are at the top. Next are the Kshatriyas, or political rulers and soldiers. They are followed by the Vaishyas or merchants, and the fourth are the Shudras, who are usually laborers, peasants, artisans, and servants.

At the very bottom were those who performed cleaning actions. They were not considered as a part of this division.

The parents usually being the first teachers to the children makes them acquainted with their “craft” and also, in every society there’s a pattern that a child follows the same occupation as their father, that is why occupational division made sense. It was also believed that by this they will keep their family trade secrets with themselves.

And there were no hardcore boundaries to divide the jatis. There were many instances of people moving across the hierarchy.  While the brahmins are considered to be at the top positions for their priestly actions, The two biggest epics of India Ramayana and Mahabharat were written by non-brahmins. Valmiki, who wrote the Ramayana, was a Bheel which is to date considered as a tribe.  Ved Vyasa, the author of Mahabharata and also known for writing the first Purana- Vishnu Purana—was born to Satyavati a daughter of a fisherman and the wandering sage Parashara. If there was so much disdain against the “lower castes” then these epics would not have attained the stature that they have now.

It is also claimed that the Shudras were not allowed to study the Vedas. Still, both the epics are written in Sanskrit, the language of the so-called upper castes. Thus, Vyasa and Valmiki not only mastered Sanskrit but also wrote the greatest epics of the Hindus.  Who were their teachers? How did they learn the language? How did they master it?

There have been saints from lower castes such as Kabir, Tukaram,  Chaitanya, Ravidas, Chokhamela and Kanakadasa who earned the respect of people and were not regarded as lesser than Brahmin saints. These saints did not just become prominent during their lifetimes, they also became an integral part of our culture.

If Brahmins were so controlling then how they allowed all these saints belonging to lower caste to attain stature as equal as them?

We all know Ravana, the great scholar, was a ‘brahmin’ and was blessed with immortality from Lord Shiva. But he also got punished because it was believed that one becomes asur by his actions not by his lineage.

Also, it must be noted that these Jatis weren’t based on the class system— the economic division. The Vaishyas and Shudras that include merchants, tradesmen, and laborers were very well-off, even more than Brahmins. Kshatriyas used to own acres of land. The famous mathematician Aryabhata was himself a non-Brahmin and yet he had Namboodri Brahmins studying under him.

Apart from this, there are a lot of accusations that Indians, especially Hindus are patriarchal but if you see,  Hinduism is the only religion where you can find so many goddesses. Tridevi- Saraswati, Lakshmi, and Parvati hold the equal status of Trimurti- Brahma, Vishnu, and Mahesh (Lord Shiva).  Adi Shankara, one of the greatest philosophers, chose Mandana Misra’s wife Ubhaya Bharti, who was known to be a great scholar herself, as the arbiter in a debate. He defeated Mandana Misra but being Mandana’s Ardhangini- the other half, Bharti presented her logic to Shankaracharya that his husband couldn’t be considered as defeated unless he also defeated her.  Adi Shankara would have refused to have a debate with a woman, but he gladly accepted and was defeated by her.

How many such incidents do you find in Western societies?

It’s an inferiority complex. Because the European cultural claims about the Indian society are essentially normative, they are bound to put Indians in an inferior moral position. They also put the westerners in a morally superior position. That’s the baggage that we’ve been made to accept since the colonial period.

Hinduism through the lens of Marxism, Freudian psychoanalysis, is atrocity in perpetuation. What is even more problematic is that even Indians do not try to counter-question it. Rajiv Malhotra, an Indian-American who has written prolifically in opposition to the academic study of Indian culture has argued for rebuilding the traditional institutions of learning in India, which have been stripped of their spirituality by western Indologists and their cohorts and I believe it is the high time to reverse the Marxist lenses and examine the whole world out of India.