J & K didn’t have Lok Sabha polls for two decades; not to say of rigged seats 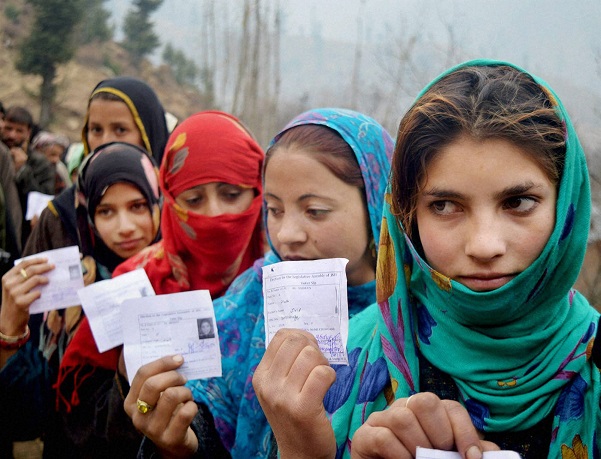 (This is the sixth piece in the special series on Jammu and Kashmir. Here are the first four pieces I , II , III IV and V).

The Central government had ordered a fresh delimitation of constituencies when it created two Union Territories (UTs) out of the state of Jammu and Kashmir last year. This delimitation is to be carried out in UT of J&K for 90 legislative assembly seats and five Lok Sabha seats.

In fact, the UT had only 83 assembly seats earlier, 46 in Kashmir and 37 in Jammu. However, while scrapping Article 35-A and making drastic changes in Article 370, the Centre also increased the number of assembly seats from 83 to 90.

Besides, the ending of 35A heralded a new era for Scheduled Tribes (STs) as they became eligible for political reservations. This means 10 or more assembly seats will have to be reserved now for the STs.

As we have seen already, Kashmir region has 46 assembly seats and Jammu 37. This means the balance of power is tilts heavily in favour of Kashmir. At one time, in 1951, when the Constituent Assembly for the state was constituted, Kashmir had 43 seats and Jammu 30.

Over the past few decades, it can be said that the distribution of seats has become imbalanced. These imbalances are clearly observed both at intra-regional and inter-region level.

It bears mention here that constituencies, both of the assembly and Lok Sabha, will be defined under Representation of People’s Act, 1951. Incidentally, till date the Lok Sabha seats in J&K have never been delimited on the basis of this Central law.

Under the RPA, 1951, yardsticks of (i) population (ii) geographical compactness (iii) nature of terrain (iv) facilities of communication and (v) like considerations are taken into account when the constituencies are delimited. These yardsticks have not been applied till date while carving out constituencies in J&K.

Whenever delimitation was done, it seems it was done on extraneous considerations.

The following few paragraphs may enable the readers to judge for themselves. There are presently 10 districts in Jammu and 10 in the Kashmir region. Jammu city in winters and Srinagar city is the capital during summer months.

We can draw comparison between Jammu and Srinagar districts also.

Why has delimitation been done in such a manner that every constituency in Jammu is larger, both in area and voter-wise, as compared to Srinagar? Is it just and equitable?

On the face of it, all this smacks of blatant partisanship, disparity and deliberate gerrymandering to give an upper hand to Kashmir. May be when new delimitation is done strictly according to RPA, 1951, the distribution of segments in the regions will change.

We can draw more comparisons to carry this argument further. In the Jammu district (and the Jammu region), Gandhinagar seat with 1,68,643 voters was the biggest assembly segment. In Srinagar (and the Kashmir region), the largest segment of Batmaloo had 1,20,339 voters.

Incidentally, similar figures for all other 18 districts are also available on the ECI website. Therefore, comparisons can be drawn and inferences drawn.

(It needs to be stressed here that all figures quoted in the write-up have been taken from the official website of Election Commission of India. As such, they can be cross-checked.)

In fact, comparisons can also be drawn between the three Lok Sabha seats of Kashmir and two of the Jammu region. The disparities in delimitation come out more starkly but that is another story.