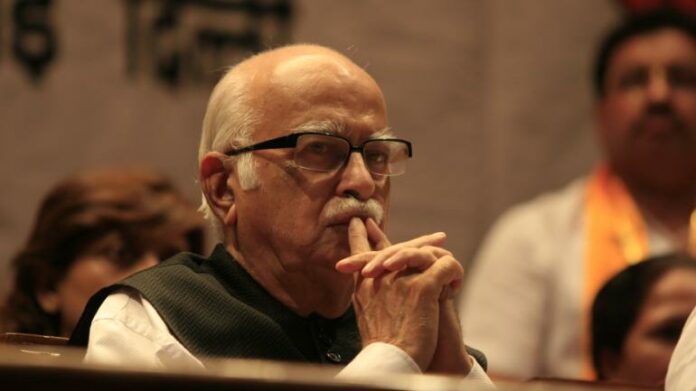 LK Advani welcomed his acquittal by a special court of CBI in Lucknow on Wednesday, in the protracted Babri Masjid demolition case, with the utterance “Jai Shri Ram.”

All the 32 accused in the Babri mosque demolition case, including veteran leaders from Bhartiya Janata Party Murli Manohar Joshi, Uma Bharti, Kalyan Singh and Advani himself were acquitted.

CBI special judge in his verdict said, “Anti-social elements brought down the structure. The accused tried to stop the demolition,” he also mentioned that the evidence which is produced did not establish the charges against leaders.

Mr. Advani welcomed the CBI’s court verdict and terming it as one of the significant moments, the senior leader said it vindicated not only his personal beliefs but also the commitment of BJP towards the Ram Janmbhoomi movement.

In a video messaged released shortly after the verdict, Lal Krishna Advani welcomed the news by chanting “Jai Shree Ram”

“I also feel blessed that this judgment has come in the footsteps of another landmark verdict of the Supreme Court given in November 2019, which paved the way for my long-cherished dream of seeing a grand Ram Mandir at Ayodhya, the foundation-laying ceremony of which was held on August 5” Advani said in his statement.

Mr. Advani recorded his statement before the special CBI on July 24 where he was asked 100 questions. Along with Advani, Mr. Joshi has denied all the accusations.

There were a total 49 accused in the case out of which 17 passed away and therefore, the court pronounced its judgment on the rest 32 individuals.

The Babri mosque in Ayodhya was demolished on December 6, 1992, by ‘kar sevaks’

Last year in November, the Supreme Court in its historic ruling, handed over the then disputed site for the building of the Ram Mandir. The ground-breaking foundation laying ceremony took place earlier in August this year by prime minister Narendra Modi.