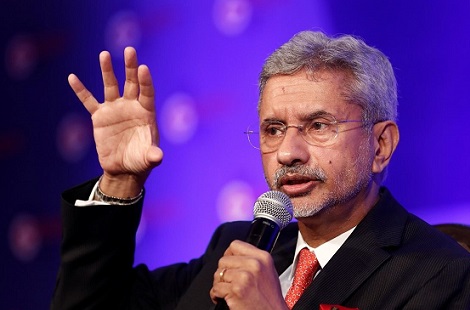 Addressing the Asian Leadership Conference 2020 virtually on the theme “Emerging geopolitics and Economic landscape in Asia”, External Affairs Minister S Jaishankar said the world is heading towards new balances of power and interests, which will manifest itself in a more multi-polar global architecture.

“If the old order erodes and a new one is yet to emerge, we are probably headed for a long transition. It will be one characterized by converges among powers and working arrangements to give that practical shape. Middle powers are likely to have a greater role and regional solutions perhaps more space to unfold. New concepts and mechanisms will co-exist with established ones, leading to more animated discussions amongst us all,” he said.

India’s foreign minister also stated that India’s shared interest is to work towards a multi-polar Asia. Further, he said with Central Asia becoming part of the global economy, the world would be a a truly “multi-polar world.”

“There is a strong sense of strategic autonomy with a greater emphasis on resilient supply chains”, he said.

In the conference, Jaishankar noted that the world was already under stress and the pandemic has been “an additional and really serious complicating factor.”

He said that many countries have expanded their definition of national security as a result.

Jaishankar emphasized that the theme of the conference was “not just indicative of our changing times but eminently appropriate, given the integral connection between geopolitics and economic shifts in our continent.”

EAM Jaishankar also spoke on the step that India has taken to cope up with the economic crisis posed by the Covid-19 pandemic. He said that like other parts of the world, India is also focused on recovery.

“Our economic numbers for September and October have been encouraging and we are confident that they will only become better… Recognizing the importance of employment generation, the focus on ease of doing business has further increased. As a national strategy, we are aiming for Atmanirbhar Bharat (self-reliant India), one that would expand its capabilities to make a greater contribution to the global economy. We want to make in India, and make for the world.” He added further.