Jammu and Kashmir cross a lakh of Corona positive cases; Srinagar is the worst 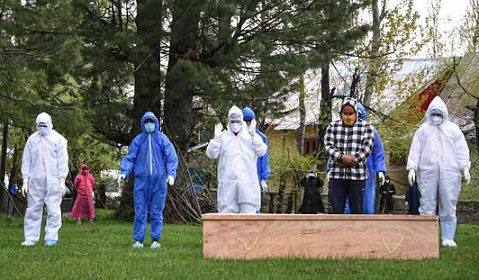 The first case of virus infection recorded in the UT was a Tableegi moulvi from Srinagar who stayed for some days in Samba and Jammu districts also. He had visited Deoband as also Nizamuddin Tableegi markaz but did not disclose his travel history to anyone till his condition deteriorated and he died.

By this time, however, he appears to have infected many of his contacts and the spiral of infection set in thereafter. Some pilgrims from Iran and Saudi Arabia who returned to Srinagar were also later found to be infected. Aggressive contact tracing and evolution of better protocols for managing the patients helped deal with them more effectively.

Meanwhile, Srinagar district with 385 deaths so far topped the list of districts in Kashmir. On the other hand, Jammu district suffered 273 fatalities.

In the neighbouring UT of Ladakh, the virus infection tally touched 7,134, of which 6,118 have recovered. On Wednesday, the UT reported 71 new cases, 61 of which were in Leh and eight in Kargil.