Joke is on Siddaramaiah; he and his loyalists are now BJP’s B team!!! 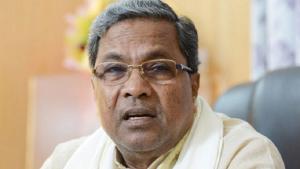 The joke is on Siddaramaiah.

The former Karnataka chief minister had dubbed Janata Dal (Secular) as the B team of Bharatiya Janata Party (BJP) in the run-up to the Karnataka elections last month.

It would appear that he and his supporting MLAs and ministers today snugly fit the inscription as BJP’s B team themselves!!!

Siddaramaiah was hung out to dry by Congress leadership after the party lost the Karnataka elections and 17 of his ministers were made to bite the dust.  Siddaramaiah contested from two seats and barely won from one.

Since then, the downturn in his fortunes has only gathered pace. HD Kumaraswamy, the usurper of his CM seat, ignores him as car drivers do beggars at street lights. Every time there is an issue, Kumaraswamy rushes to Rahul Gandhi in the Capital. When he went public against the Kumaraswamy-drafted State budget, Siddaramaiah was asked to mind his own business by the high command. And now there is a crimiinal FIR against Siddaramaiah in a Land Notification’s case by Kumaraswamy’s police!

Siddaramaiah is not alone. His loyalists include many present and former legislators are miffed at being ignored in the present state cabinet. These include MLAs Byrati Basavaraj, ST Somashekhar and Muniratna. Even Ramesh Jarkholi, who has been given a Cabinet berth after his supporters burnt tyres in front of the Raj Bhavan, had come out in support of Siddaramaiah. Important Congress leaders like HC Balakrishna, N. Cheluvaraya Swamy and former minister PM Narendraswamy are holding meetings in his support.

Siddaramaiah, that old fox, certainly knows a trick or two. As head of the coordination committee between Congress and JD(S), he is now driving hard for a bargain for his supporters. The prize in front of them are Cabinet berths in the next expansion. Most critically, they have set their eyes upon 30 posts of Chairman for various boards and corporations. As a sop, Siddaramaiah is being offered a Cabinet berth.

You readers are only being logical if you question why Congress central command is not being able to rein in Siddaramaiah? Further, why Siddaramaiah is not being able to stop the disquiet among his supporters for perks and posts? The answer is obvious: there is such a groovy train which has run on their tracks for the last five years in Karnataka that everyone knows each other’s dirty secrets, hoarded jewellery or stashed-away millions.

In normal times, such ambitions could easily have been accommodated. Innovative portfolios, like the Pooh Ministry, could have been floated. But this is now a coalition government—the one with their sworn enemy JD(S) being the face of power. JD(S) themselves have been parched for powers for years and are eager to dip into the pond of gratification. Egos and insecurity are the two other chlorines in the water.

And BJP? They are in no hurry to bring down the government. Indeed, the longer this alliance stays in saddle, the better it is for them. Thus the BJP might miss out on Karnataka, but they could showcase this mirror in run-up to the 2019 General Elections. The Karnataka analogy would make “mahagathbandhan” look some kind of joke on the voters. BJP could also question media (and judiciary) for being on testosterone steroids around the Karnataka Elections—only to go limp and flaccid once the Congress-JD(S) bonhomie began shedding its clothes. All those photo-ops of holding hands aloft at swearing-in in Bengaluru; Mamata and Mayawati; Akhilesh and Tejaswi Yadav; Kejriwal and Yechury; Chandrababu Naidu and Ajit Singh, calling it “victory for Democracy” appearing such a scam to people.

Just think about it: such lumpen and unscrupulous elements of Indian politics are being glorified in our newspapers every day. Lutyens Media may bury their heads in the sand stupidly unmindful that it leaves their butts in the air.