Kanwar Yatra, Bakrid and now Onam: Supreme Court is in a mess of its own making 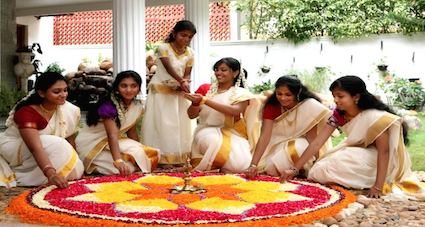 It could have been Justice RF Nariman. Or it could be Justice BR Gavai. Let’s say it was a Supreme Court bench. On July 20, on a petition against the Pinarayi Vijayan’s Kerala government relaxing lockdown on Bakrid, it expressed its inability to do so since “the horse has already bolted.”

And this is how it looked at the future:

“if as a result of the notification…, any untoward spread in the Covid-19 disease takes place, any member of the public may bring this to the notice of this Court, after which this Court will take necessary action against those who are responsible”.

On that morning, Kerala was reporting 14,000 plus active cases on average. A week later, on the morning of July 28 today, Times of India has reported that Kerala reported 22,129 fresh cases which was more than 50% of India’s national tally (42,948). India hasn’t reported as many cases in the last 19 days.

It only gets murkier. In the last seven days, Kerala on an average has reported 16,700 daily cases. The State’s positivity rate is more than 12%. Months have passed without any let-up. Overall, India is past the stage of second wave of the pandemic. But Kerala is threatening to bring the third wave faster than experts have anticipated.

The wiseheads of Supreme Court shouldn’t wait for somebody to bring it to their notice. They could do the honourable job of resorting to suo motu as they had done in the case of Kanwar Yatra around the Bakrid time. And they should use the same contempt for Pinarayi Vijayan government as it had reserved for the Yogi Adityanath’s Uttar Pradesh.

The elephant is in the room. And the Supreme Court can’t duck it. You see, in less than a fortnight, Kerala celebrates its most colourful Hindu festival Onam (August 12). Like Pongal, this is also a harvest festival.

There are practical reasons for the Supreme Court to consider lest its lampooned by the people on social media:

There is no escaping this optics-in-waiting for the Supreme Court.

Besides there is also this annual matter of Holi and Deepawali. Supreme Court, as a reflex action, comes down hard on colours in Holi. It bans crackers during Deepawali. The two popular ways of the two festivals are seen injurious to health. How would the Supreme Court look if it restricts next Deepawali and Holi? Won’t its Bakrid stance come back to haunt it?

The corrupt Lutyens Media of course wouldn’t bother about this dilemma. Shame was never a part of their obligations. They injured their vocal cords and bruised their chests thumping the Kerala Model (see below) all this while. They ran series on Uttar Pradesh and shamed Gujarat during the second wave, never mind the UP reported just 36 cases in this morning’s newspapers and Gujarat has ticked in 30 cases. There is no Tejashwi Yadav lauding Nitish Kumar’s Bihar too which has showed up only 67 fresh cases.

For good measure, look at the respective populations of these contrasting states. Uttar Pradesh has nearly eight times more population than Kerala’s three crores plus. Bihar four times. Gujarat is twice the Kerala population. The crooked media also won’t mention that Maharashtra, Tamil Nadu, Andhra Pradesh and Odisha, alongside Kerala are the worst Covid-affected States presently. Media won’t mention, presumably, since all of them are non-BJP ruled states. Judiciary is also conspicuous by its lack of suo motu stance.

It’s sad to peer at Social Media and how Indians are lampooning the judiciary. Someone posts a pic of Gabbar Singh (Amjad Khan) with the caption: Kab Hai Holi, Kab? Someone shows an ostrich with its head buried in sand. It’s painful to go through this tweet and the replies it has unleashed.