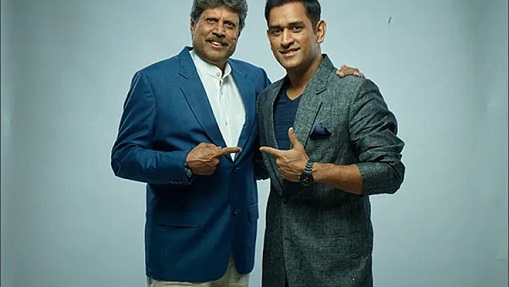 Though Mahendra Singh Dhoni has no intention of retiring from the Indian Premier League (IPL) where he leads Chennai Super Kings, former Indian skipper and a World Cup winner like him, Kapil Dev, doubts if he could do that.

Kapil is of the opinion that MS Dhoni can’t perform well if he decides to play in the IPL without getting any matches in between. It must be recalled here that Dhoni has retired from all forms of international cricket.

“If Dhoni decides on playing only IPL every year, then it’s impossible for him to perform. It’s not a good thing to talk about age but at his age (39 years), the more he plays, the more his body will be tuned,” said Kapil.

While talking to ABP News, Kapil said: “If you don’t play any cricket for 10 months a year and suddenly play IPL, you can see what happened. You can always have a season up or down if you have played so much cricket It has happened to someone like Chris Gayle also.”

Recently, when commentator Danny Morrison asked CSK skipper MS Dhoni, “Will this be your last game in Yellow?”, he was quick in clearing that he has no intentions of retiring from IPL anytime soon with his two-word reply: “Definitely not”.

The iconic all-rounder suggested that it is the right time for Dhoni and he should invest more in First-Class cricket (domestic List A and T20) so that he would be more prepared for IPL 14.

As the IPL 2020 season started in September, Dhoni came out to play for CSK after playing no cricket for over 14 months. This break had a big impact on his performance which was visible in his batting also.