Kejri asked for Centre’s help on Covid-19 only on April 18 this year! 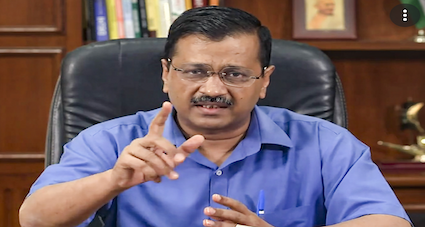 Delhi Chief Minister Arvind Kejriwal, who had several times allegedly taken credit for Central schemes, had written to Prime Minister Narendra Modi only on April 18 this year to seek help to fight the coronavirus pandemic.

Kejriwal in his letter requested immediate intervention as the city’s healthcare infrastructure was at the brim with a severe shortage of hospital beds and medical oxygen.

He even thanked the Centre for its constant support since the onset of the pandemic.

It is interesting to note that since the second wave while the central government was providing complete assistance to states, Delhi government was alleging that the union govt is not providing them enough support—even though they never seemed interested in asking them in the first place!!!

Further,the letter was written just five days before when he televised the private meeting organized between the Prime Minister and Chief Ministers in which he with ‘folded hands’ pleaded the central government to implement measures to save Delhi citizens.

In a new stunt, Now CM Kejriwal has issued full-page vaccination ads in the different newspapers while the entire vaccination program is run by the central govt.