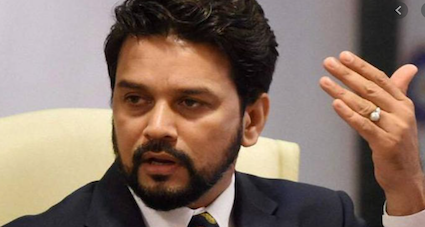 Leader of Opposition in Rajya Sabha, Mallikarjun Kharge was given a point-by-point reply by Minister of State for Finance Anurag Thakur explaining the “misconceptions” in the letter Kharge wrote to prime minister Narendra Modi.

“From GST collected on the vaccine, half is earned by Centre and another half by States. 41% of Centre’s collections get devolved to States. States receive almost 70% of total revenue collected from vaccines,” said Anurag Thakur in response to Kharge’s advice to waive GST on vaccines.

Thakur further said, “A nominal 5% GST is in the interest of the domestic manufacturer of vaccine and in the interest of citizens. If full exemption from GST is given, vaccine manufacturers would not be able to offset their input taxes and would pass them on to the end consumer/citizen by increasing the price.

“A 5% GST rate ensures that the manufacturer is able to utilize ITC and in case of overflow of ITC, claim the refund. Exemption to vaccines from GST would be counterproductive without benefiting the consumer,” he added.

Kharge had urged the PM to waive off GST on vaccines, ambulances, PPE, sanitisers, ventilators and oxygen. “The Union government must not be earning money from plight of our people,” wrote Kharge before Thakur set the record straight.