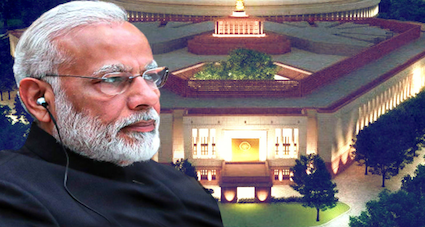 No beds. No ventilators. Drugs running out of stocks. Fivefold jump in Covid-19 cases from February. Many are dying outside the hospitals. “It’s a collapse of the medical system.”

Most of us would guess it to be India. A developing country of overwhelming population. Where people maintaining social distancing is as difficult as asking a lizard to let go off a fly. Where putting mask is an ask as difficult as to nudge a sweet tooth to lay hands off caramel pastry.

And then there is the Indian government. Opposition and Lutyens Media are doubling down on Modi government, taking no prisoners from pathetic governance in States, and judiciary is swaggering like a deranged elephant in a savannah.

It’s time to put things in perspective for millions of Indians who are the target of this meticulous brainwash.

The “collapse of the medical system”, mentioned in introduction, relates to Osaka city in Japan. It’s population is only a million or two less than Delhi; Japan is world’s second biggest economy, its medical infrastructure is first-rate but all this has amounted to little against the ferocity of the latest wave of Covid-19 pandemic.

A Reuters report claims that Osaka has buckled under this surge. “Simply put, this is a collapse of the medical system,” said Yuji Thoda, the director of Kindai University hospital in Osaka.

The hospitalization rate of the city’s prefecture’s is only 14% of the total infected. No less than 96% of the 348 hospital beds is already under use. People are dying from the disease outside the prefecture’s hospitals. Propofol, a key drug used to sedate intubated patients, are running on very low stocks. Tohda’s hospitals have almost ran out of ventilators. The surge has taken a very heavy toll of nursing department who are racking up more than 200 hours of overtime a month.

If this doesn’t sober you down from baying for the blood of our government, pay heed to what Pranay Kotasthane, deputy director of Takshashila Institution, an independent centre for research and education in public policy, has to say.

Kotasthane, primarily takes on three issues uppermost on the minds of agitated Indians, having done his home work with data and research:

We all remember the posters Aam Aadmi Party put up in the Capital, blaming Modi for giving the vaccine for their children to foreigners. The data suggests that vaccines supplied abroad, some 10.7 million doses, would’ve covered just five additional days of supplies. A majority of the deliveries sent abroad, some 35 million doses, were under the commercial terms between the manufacturers and other countries.

Imagine if India had blocked the commercial exports? They wouldn’t have received such an overwhelming support from other countries as they are doing now. Kotasthane makes an interesting analogy: It’s like voting down a boost in India’s overseas military capability only because Indian Peace Keeping Force (IPKF) failed in Sri Lanka three decades ago.

The charge is that India is spending Rs 20,000 crore on Centra Vista project: It’s like Nero is fiddling while Rome is burning. Wasn’t this money better used if spent on oxygen, ventilators, hospital beds and vaccines?

Well, Rs 20,000 crore spent over multiple years, less than Rs 2,000 crore this financial year, is 0.05% of the Union government’s FY21-22 budget. Besides, states don’t run out of money like we individuals do. It reserves the option of running a deficit for really long periods. That’s no excuse for ignoring the infrastructure projects which gives lakhs of employment.

Lutyens Media has gone to town, as have the Opposition, in claiming that the move to allow state governments, private hospitals and industrial establishments to procure vaccines directly is a disaster. It’s said that (a) It could lead to conflicts between the States trying to secure better deal; (b) the Union government is better placed in terms of its scale to strike a healthy deal, both with domestic and foreign vaccine manufacturers.

The trouble is a government could organize nationwide elections, and a Kumbh Mela but vaccination of such large a population, with the time lag of ramping up production and securing vaccines from abroad, is a slow-burning process. Virus would mutate all this while and better vaccine variants would come into market. “A centrally planned system is inadequate for managing this problem,” says Kotasthane who recommends “it’s better to get state government and private players involved.” The States are in a better position to prioritize the areas and the age-group in their regions.