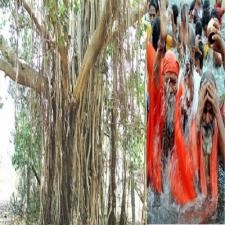 The largest human gathering in human history began in Kumbh Mela in Prayagraj today (January 15, 2019) and our English mainstream media don’t like it.

Times of India does have a front page image but the rest were too worried about Alok Verma and Kanhaiya Kumar to bother about 150 million people visiting Kumbh Mela between January 15-March 4, 2019.

The Hindu ignored the news altogether giving rise to the speculation that its’ name is as misleading as Rahul Gandhi being a janaudhari. Indian Express and Hindustan Times have a token presence in inside pages, the kind you register when there is a death in the neighbourhood.

None of these English newspapers are enthused even though the human congregation is more than the population of 100 countries combined. It’s more heads than you can count in Germany, UK, France, South Africa or Australia. Give these journos a mombatti gang or 10 fat women hugging trees in South Delhi and it’s a completely different story.

They would give lectures on gender equality till Lord Ayappa regrets being a brahmachari and calls a press conference to say – I quit. But the sight of million s of men and women taking a holy dip together in the confluence of Ganga, Yamuna and Saraswati rivers to wash away their sins is revolting to them.

The significance of thousands of years of belief and faith in Kumbh by millions of Hindus don’t matter to them. Though the coverage of Pope visiting Ecuador is front page anchor with picture to boot.  The Yadgar-e-Ghalib in Majnu  ka Tila is worthy of a special edition.

The biggest and most peaceful gathering of humanity for nearly two months is an awe-inspiring event. Sadhus come down from their caves in Himalayas, devotees brave cold weather and hardships, poor without money, feeble without strength still turn up at the banks of holy rivers because they believe in Samudra Manthan and their divinity. A thousand years under the calamity of Islam and Christianity, and loot, plunder and rape of a subjugated population couldn’t douse this flame of faith.

Our English newspapers would rather have us innocent readers NOT know about it all. I doubt if you know that Akshay Vat (Indestructible Tree) inside the Allahabad Fort has been thrown up to faithful millions by Prime Minister Narendra Modi. It’s not out of bounds as it was under the Congress regime where you needed to take a special permit for it’s “darshan.”

It might be a myth in the eyes of our English newspapers that sage Markandeya once asked Lord Narayana to prove his divine power. Narayana duly flooded the world for a fleeting moment—only this tree stood erect above the water level. The historical evidence is still not enough for these English pen-pushers.  That Al Biruni mentioned it in 1030 AD.  Mughal Emperor Mohammad Akbar’s contemporary historian Abd Al-Qadir Badauni refers about it. Akshay Vat finds a mention in Tulsidas’ Ramayana. There is historical evidence of this tree being burnt, cut and dug by Mughal Emperors, none more so than by Aurangzeb, but so unfathomable are its roots that it kept springing back to life. That it has made it to UNESCO’s list of “Cultural Heritage o Humanity” still leaves our English mainstream media cold.

These newspapers though would bring out those obscure history books and dubious historians to tell you why Prayagraj ought not to be the name of Allahabad. The Prashant Bhushan’s Book of PILs could leave somebody inspired. Like Ayodhya, 70 years would still not be enough to clear the muddle. You could be given a lesson in history by the redoubtable Shobha De and Twinkle Khanna. A Swara Bhaskar could feel violated. Javed Akhtar and Naseeruddin Shah would be your professors of secularism.

Let not the lack of information be a dampener. The Indian Railways has over 800 special trains to Prayagraj during the event. Air India has announced a few additional flights. UP State Tourism Development Corporation is providing a helicopter service. Have no worries on security, roads, toilets or health services. Over 50,000 security personnels are deployed. Toilet exists over 120,000 in numbers. Over 220 km of roads have been built. Doctors abound in thousands. There are stalls of virtual reality (VR). Over 4000 wi-fi spots. An App which even provides instant weather forecast.

If you are a Hindu and live in India then I urge you to be in spirit, if not in person, with Kumbh Mela 2019. Fight the virus of blackout by our English MSM. Keep these “asuras” in your sight—their only strength is your ignorance. Be the light to drive away this darkness of India-breaking forces.