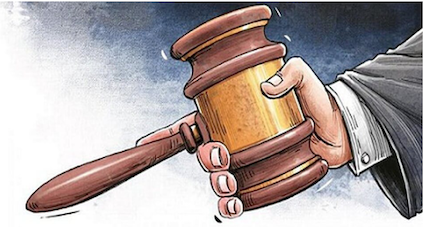 After one has read between the lines, the Supreme Court judgement on Section 124 (A) Sedition law doesn’t appear as dramatic as it did a few hours ago.

It’s a mischievous thought that a judgement these days is “read between the lines” when it should be crystal clear to alleged offenders, their defenders and the law and order enforcement agencies.

The apex court hasn’t stopped the State and Central government agencies from registering new FIRs, continuing pending investigations or arresting people under Section 124IPC: It has only “hoped and expected” they wouldn’t do so.

Besides, the Supreme Court has asked the accused to approach appropriate courts and seek relief on the basis of its order: That is, it’s up to the discretion of the “subordinate courts” to examine and take into account the apex court’s ruling and the stand taken by the Central government.

Having said that, there is a lot of heart-burning among Left-Liberals that Sedition laws and UAPA overlap each other on many points and what the long arm of government can’t do on sedition, it would do with UAPA to fix one of their targets.

As an OpEd in Indian Express states today: “Provisions pertaining to bail under the UAPA are so stringent that it is near impossible to obtain the same.”

Well, to begin with, Sedition laws would stay. It has only been put in abeyance and once the Centre presents its reformed face, it would once again return into force.

After all “Sedition” as a concept is accepted world-wide, across the first world to third world countries for it is meant to rein in forces who threaten secession within a nation or incite communal violence, that could escalate into civil war, through words and acts.

(In passing, it has always befuddled me why politicians, who give extremely incendiary speeches are never booked under Sedition laws. But then we would let it pass as we have for over seven years that Sonia and Rahul Gandhi seem to be on an unending spell of bail in National Herald case. Some things are meant to be as they are.)

Please also ignore the bombastic noise on a Colonial Era rule like Sedition laws still in existence after 162 years. The sedition laws might have been framed in 1860 but our own constituent assembly, after independence in 1947, deliberated long and hard over it before retaining it.

Having burnt their finger through the secession of East and West Pakistan, independent India’s leaders understood the value of a law to curb voices who seek balkanization of India.

And the threat is no bigger than today where issues in border states such as Bengal, Jammu and Kashmir and Punjab have kept us wary even if it has taken the focus away from a few NorthEastern states where insurgency, in search of a independent nation, has never quite been snuffed.

Mark those who now target UAPA

But yes, mark out those who after Sedition laws, would now surely target UAPA. Anyone who targets both, doesn’t mean good of our country. That’s a voice of a secessionist, if not an inciter of communal violence and civil war. India must have laws which nip in bud the alarm on Khalistanis as well as Jihadis looking for yet another Partition of our country.

Also don’t take your eyes of judiciary which as polite as one could say it, appears inconsistent. You have instances where people (Gandhis) are on an unending bail while someone (Ashish Mishra) has his bail from the High Court cancelled.

Our upholders of Constitution don’t seem to get it that be it the post-poll violence in Bengal; the matter of security breach of PM in Punjab; the sit-ins of Shaheen Bagh or farmers’ protest; or when Kanwariyas are viewed in lesser light than celebrators of Eid; when Sabrimala review hangs fire; as does the case of Palghar lynching, a hefty section of citizenry feels at the receiving end of justice.

At the very least, it builds anger and is a recipe of unrest. In a perverse way, it makes governance impossible for the Executive.

If trust in judiciary goes, what holds a nation together? And if the Judiciary and Executive cross their “lakshman rekha”, what happens if the Centre, through an ordinance, scraps the Contempt of Court law?