Lessons to learn from the coup in Bolivia 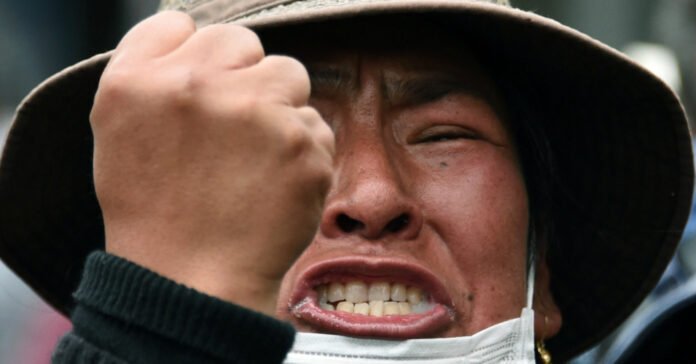 (A brilliant piece in Moon of Alabama is reproduced here with gratitude as it holds lessons for India’s democracy and gives the readers an insight why the EVM controversy is raked in every elections since Prime Minister Narendra Modi came to power first in 2014.  It also is a “White Paper” for Modi government to shore up its defence against the elites – read pseudo-seculars—even though it has a neutral army).

The coup in Bolivia is devastating for the majority of the people in that country. Are their lessons to be learnt from it?

Bolivian president Evo Morales of the Movement Toward Socialism (MAS) party was forced to resign Sunday evening by the Bolivian military in a coup backed by the United States. Last night, Morales tweeted that he is “leaving for Mexico” after that country agreed to grant him asylum.

After three weeks of protests following the disputed October 20 presidential elections, the imperialist powers and their Bolivian client elite have overthrown the government of Morales. In the context of a deepening crisis of global capitalism and a resurgence of the class struggle internationally, including recent mass strikes among miners and doctors in Bolivia, the ruling class lost confidence that Morales and the MAS apparatus can continue to suppress social opposition.

During his twelve years in office Evo Morales achieved quite a lot of good things:

But Morales failed to build the defenses that are necessary to make such changes permanent. The leadership of the military and police stood against him. Why were these men in such positions?

These police and military men cooperated with a racist Christian-fascist multi-millionaire to bring Morales down.

Morales had clearly won a fourth term in the the October 20 elections. The vote count was confusing because it followed the process defined by the Organization of American States:

The [Tribunal Supremo Electoral, or TSE] has two vote-counting systems. The first is a quick count known as the Transmisión de Resultados Electorales Preliminares (TREP, hereafter referred to as the quick count). This is a system that Bolivia and several other Latin American countries have implemented following OAS recommendations. It was implemented for the 2019 election by a private company in conjunction with the Servicio de Registro Cívico (SERECÍ), the civil registry service, and is designed to deliver a swift —but incomplete and not definitive- result on the night of the elections to give the media an indication of the voting tendency and to inform the public.

To allege false election results to instigate color revolutions or coups is a typical instrument of U.S. interference. In 2009 Mahmoud Ahmedinejad won his second term in the Iranian presidential elections. The U.S-supported oppositions raised a ruckus even as the results fit perfectly with previous polling.

The OAS which recommended the quick count scheme that allows for such manipulations receives 60% of its budget from Washington DC.

Western media do not call the coup in Bolivia a coup because it was what the U.S. wanted to happen:

Army generals appearing on television to demand the resignation and arrest of an elected civilian head of state seems like a textbook example of a coup. And yet that is certainly not how corporate media are presenting the weekend’s events in Bolivia.

The poor and indigenous people who supported Morales will have little chance against the far right para-militaries and police who now go from door to door to round up leftists and Morales supporters.

Evo Morales found asylum in Mexico. Bolivia will now turn into a neoliberal hell and a quasi-dictatorship. It will take time, a lot of effort and probably a civil war to regain what was lost through this coup.

What can one learn from this?

As one person remarked to me: “When one wants to win and keep a socialist revolution one has to bring guillotines.”

Socialist movements who come into power must neutralize their biggest local enemies. They need to build their own defenses. They cannot rely on those institutions, like the military and police, they inherit from previous regimes.

Such movements must never rely on U.S. affiliated organizations like the OAS or on military and police personal that had come under U.S. indoctrination.

A movement needs a public voice. It must build its own media locally and internationally.

Hugo Chavez knew this all this. As soon as he won the presidential election in Venezuela he built the necessary forces to defend the state. It is the only reason why his successor Nicolás Maduro defeated the coup attempt against him and is still in power.