Letter-poison to Trump intercepted by intelligence agencies in US 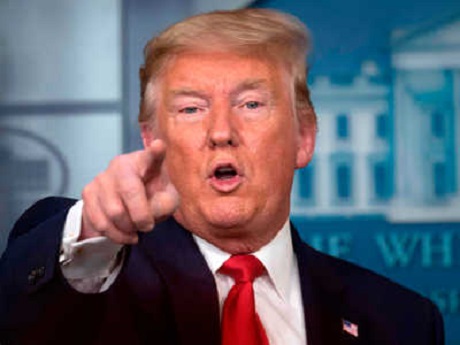 Law enforcement officials informed the US media that a package addressed to United States President Donald Trump has been intercepted before reaching the White House on suspicion that it contained ricin poison.

All mails and packages addressed to the White House are screened first for safety reasons and this is when it was identified that the package contained a toxic substance. The officials also informed that the package has been sent from Canada.

According to reports, the investigation is carried out to probe the matter and the Federal Bureau of Investigation (FBI) along with US Secret Service are investigating where the package came from.

Addressing CNN, one of the field officials from FBI in Washington informed: “there is no threat to public safety”.

Canadian law enforcement officials are also working in collaboration with US officials. The Royal Canadian Mounted Police (RCMP) has confirmed: “it has received a request for assistance from the FBI in connection with a suspicious letter sent to the White House.”