Look at Tharoor, how he once wished India had a new parliament 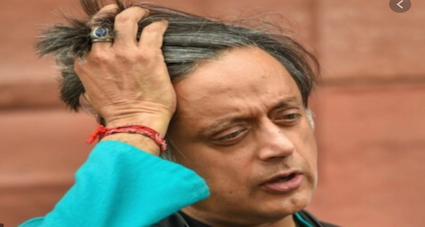 Union minister Hardeep Singh Puri hit back at the Congress for attacking the government over its Central Vista redevelopment project, saying  Congress leaders can only praise foreign developments but will criticise every infrastructural project of India to end.

For unheard, Puri was referring to former foreign minister Salman Khurshid’s visit to China where he praised the Beijing infrastructure and made the comment that he would love to live in Beijing at the time when the Indian army was engaged with the Chinese army in the Ladakh region in 2013.

Not only Khurshid, the Union Minister also highlighted the tweet made by Shashi Tharoor in 2018 during his visit to Malaysia where the former HRD minister was getting short of words while admiring the beauty of the Malaysian Parliament.

Shashi Tharoor had then written that he’s feeling envied as in Malaysian Parliament “each MP has their own nameplate, plush leather swivel chair, laptop and mike”. while in Indian parliament they have sit on “crammed benches with no leg room to stand, let alone swivel”. He even advocated that it’s time to upgrade the old parliament.

When Shashi Tharoor visited the Malaysian Parliament in 2018 he apparently loved the modern new building including the swivel chairs & name plates.

He also correctly lamented how he had to sit on crammed benches in an old building & declared it to be a “Time for an upgrade.” pic.twitter.com/chu85Wazhp

Quoting this, Puri said they were the ones to point out the condition of the Indian parliament on the global platform and now are heavily criticising its construction.

Congress scion Rahul Gandhi went a step ahead and even called the central vista project a “criminal wastage” and asked the Centre to focus on people’s lives knowing the fact that the government has allotted Rs 35,000 crore for ramping up health infrastructure.

there are hundreds of projects being executed by various departments and added that government has not come to a standstill, unlike Congress’s times of policy paralysis.

The Delhi High Court has dismissed a petition seeking to halt the construction to the Central Vista project amidst the lockdown and has also slapped a cost of Rs 1 lakh on the petitioner. “It’s a motivated petition and doesn’t seem to be genuine one,” said a division bench of the high court presided over by Chief Justice DN Patel and Justice Jyoti Singh.