Macron hits out hard at Islamist voices: ‘Not in our country’ 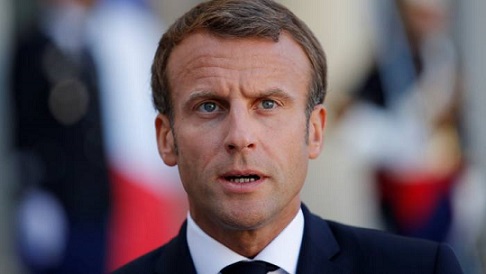 The French President Emmanuel Macron has come out extremely strongly against the wave of criticism that is directed at him and his country.

Over the last few days, since Macron called out “Islamist terror” in the wake of murders in Paris and Nice, including beheadings, for what the perpetrators believed was insult to Islam, a host of Islamic countries have used vile threats to him. Call to boycott everything French and demonstrations in street have happened across world, including India.

But Macron is not backing down. In a series of tweets, he said: “The extremists teach that France should not be respected. They teach that women are not equal to men, and that little girl should not have the same rights as little boys. I tell you very clearly: Not in our country. “

Speaking to Al Jazeera, Macron said there is no stigmatization in his country of any religion. He said the country is fighting with terrorism “in name of Islam, and not Islam itself.” While he could understand that people were shocked by caricatures, Macron added he would “never accept that violence can be justified in any sense.”

Speaking about the Anti-France campaign that is trending on social media, he said he has seen people going beyond boundaries, speaking ill against France, and projecting fake stories to support their lies.  Macron insisted he would not compromise on basic freedoms of belief and expression.

In the past few days, Macron has become the target point for most Islamic countries including Turkey, Pakistan, Syria, and Iran.

Iran’s Foreign Minister Javad Zarif criticized Macron for his remarks and wrote on Twitter: Muslims are the primary victims of the ‘cult of hatred’ – empowered by colonial regimes & exported by their own clients.

Jordan‘s Islamic Affairs Minister Mohammed al-Khalayleh  said that “insulting” prophets were “not an issue of personal freedom but a crime that encourages violence.”

Mahathir Mohamad, former prime minister of Malaysia, even justified if Muslims were to kill a million French in an extremely controversial tweet.

However, The most absurd words came from Pakistan national assembly which wanted a recall of their envoy in France even though there is none at the moment. Pakistan’s envoy Moin-ul-Haq has been transferred to China and for the last three months, Pakistan has not designated any ambassador to France.