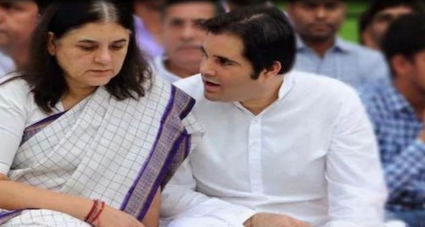 Bharatiya Janata Party (BJP) leaders Maneka Gandhi and Varun Gandhi have been dropped from its 80-member National Executive. The National Executive is made of top leaders who meet to discuss key issues facing the government and shape the organisation’s agenda.

The development comes hours after the Pilibhit MP Varun Gandhi  had tweeted a video of the incident from violence-hit UP district of Lakhimpur Kheri, demanding action against the accused.

While Maneka is a Lok Sabha MP from Sultanpur, her son Varun represents Pilibhit in the Rajya Sabha.

According to a report, a senior BJP leader has acknowledged that the MP’s stance did not go down well with the top leadership.

“He projected as if the entire fault lies at the doorsteps of the leaders. We are awaiting the investigation report and believe that incident was unfortunate. He should have been patient at a time when the entire opposition is targeting the party,” said the leader, as per NDTV.

Former ministers Harsh Vardhan, Prakash Javadekar and Ravi Shankar Prasad have also been given a place on the working committee.