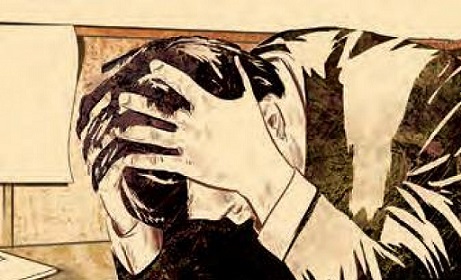 It was July 27 last year when my nephew Arun Sharma sounded frantic on phone. His car, parked outside his residence, had caught fire. I took little to reach the spot and found the ashes which were once a car.

The next sequence should interest all car-owners. We called up fire brigade which never picked up the phone; we sought cops who first sent us marching out of the police station with our complaint/FIR and then reasoned they needed to ascertain our claim, first hand.

So, I called somebody, who called somebody and finally the police sorted us out. Meanwhile, I had the good brain-wave of filing an online complaint on Maruti’s—our car-makers—website. After customary 100 clicks of the car from angles we thought were not possible, a private crane was summoned and the ashen-car was carried to a Noida service station.

Little were we to know we won’t be sorted out almost till 2019 bowed out. Maruti carmakers were cagey on sharing the reason why a standing car—a Swift—took fire. They seduced us with the promise: Why bother when you would get your Return-To-Invoice, they call it RTI.

Now since this is a guide to we car-owners, let me explain RTI. When you insure your car, and choose RTI, you are assured of full return on the money you spent buying the car, minus accessories.

We didn’t realize but now we were in a different Court of Redemption—the Insurers, ICICI Lombard in this case. Now looking at the gravity of situation, they assigned an independent surveyor. Of course, this is a joke since the “independent surveyor” still gets his command from Insurers only.

Anyway, we were told the burnt car is repairable and we must forget our RTI since it would cost the insurers only Rs 3 lakhs. Why should they spend Rs 7.25 lakhs of RTI when the deed is redeemable in Rs 3 lakhs? (Like good salesperson, they of course were looking for a badge of honour for saving the company a few lakhs of rupees).

I applied logic, got in touch with top bosses of Maruti and ICCI Lombard, who ironed out our bottlenecks and to get the long story short, we got our RTI. Well, not full but almost.

As for Maruti, they took signature of us desperates that we won’t make noise on seeking the reason why Swift took to fire. I guess it makes them, reputation-wise and legally, safe. And they could safely go back on the promise of heavy discount on a new buy which was on offer till we hadn’t accepted the almost-full RTI from insurers.

Now we can’t question them (a) why the online complaint didn’t work for months at end; (b) Can’t question why it took two months for the matter to move out of their desk to insurers; (c )  Can’t demand that they do a thorough check on their Swift-make as the reason for fire is still unclear to us.

While I was in this muddle, I found my daughter, into film-making, was no better in Goa. She had a month-long stay in Goa and she ordered a camera from a US company (B and H) with the promise of delivery in 4-6 days. Again it never came. B and H put it on couriers DHL who in turn blamed the Indian Customs and between them, we swung for months at end. Rhea, my daughter, was by now back in Delhi and it added another twist to the plot. Change of address, you see, is not on.

I can’t tell you the calls we made, the tenterhooks on which we were kept on by DHL guys—their bunch in Goa even suggesting they would auction the $2000 worth camera, all put together—before I again sleuthed the number of DHL’s big man in India and it worked. We were delivered our camera at home in 24 hours with the attendant staff even telling us now the camera has moved from the location, boarded the aircraft, landed in Delhi, is on its way with the approximate time it would take to reach us.

Now both these issues ended happily—sort of. But Greater Noida Industrial Development Authority (GNIDA) is a different thing. It’s almost government, you see. We have a plot for which we have secured registry and lease-deed which in essence and legally means the plot is ours. No further demand from the land-holders.

Guess what GNIDA did next—they put the compensation on us, the citizens who had no clue what had transpired between GNIDA and farmers.  Years down the line, some have paid up, others have gone to court, And we fear the compounding interest, not to say the genuine nightmare if our plots, legally acquired, registered, lease-deed and all, could be confiscated.

We also pay astronomical water-tax, unmetered, an equal eye for those who live in residences–and use water for gardening, car wash, water-tanks, kitchen, toilet etc—and those who don’t live and don’t use water but have just taken possession of the property. We still pay through our nose.  Who said it’s a fair world?

Reliance Jio is the big buzz in town. Their internet speed is said to be good enough to connect with Gods in the heaven. We looked for an extra router, paid them up but the fixing guys never turned up. We cancelled the deal after a fortnight and asked us to be returned our security.

But such is the great marketing biz of Ambanis we again wanted Reliance Jio. We again applied, again paid up Rs 1500 as security and again the fixing guys haven’t turned up. It’s well into its third week of waiting.  We have meanwhile spoken to dozen Jio fixing guys—Vipin, Arvind, Ranjit, Rahul etc—who promise a connection and then blocked our calls. Don’t tell me this is how Ambanis make money. We are left holding the wire which never came.

All these four experiences—Automakers, Insurers, Courier and Corporate Giants and Real Estate—are meant to convey a simple message to us, we the consumers: NOTHING WORKS.  If you are stuck, the system is so rotten, NOTHING WORKS. One, you can’t go beyond customer care to big bosses. Two, the judiciary might not respond in your lifetime. And bewoe, if you don’t have the two advantages which I have: One, being a journalist; two, riding on social media, you might as well mark your stuck money or matter a write-off in your balance-sheets.

Now just try to fit in Aatmanirbhar into all this muddle.