MEA calls out Pakistan on terror bid in Nagrota, Jammu 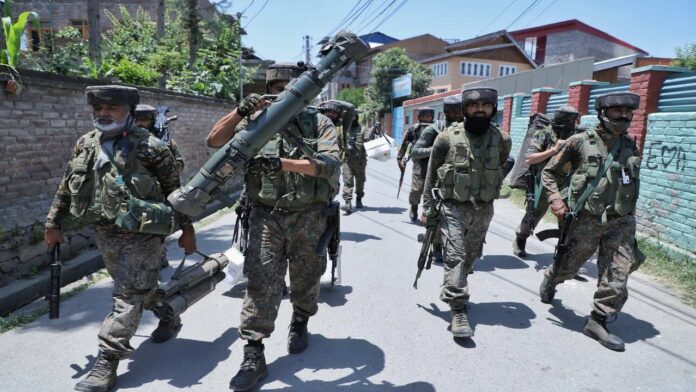 The Ministry of External Affairs (MEA) on Saturday issued a detailed statement on the killing of four Jaish e Mohammed (JeM) terrorists in Nagrota near Jammu. It has expressed concern to Pakistan saying the country must fulfill its international obligations of not allowing its territory to promote terrorism.

India conveyed strong concern to Aftab Hassan Khan, the acting head of the Pakistan high commission, over terror attack planned by JeM in Jammu and Kashmir.

“The Pakistan’s Cd’A was summoned by the Ministry of External Affairs and a strong protest was lodged at the attempted attack, which was only prevented from happening by the alertness of the Indian security forces,” the MEA statement said. Initial investigations suggest that the terrorists were planning to disrupt the forthcoming District Development Council (DDC) elections.

On Friday, Prime Minister Narendra Modi complimented the security forces for foiling the JeM efforts. He said that seizure of a large quantity of arms and ammunition, besides neutralising four terrorists, pointed to attempts at targetting DDC polls.

Late on Thursday afternoon, IGP Jammu Mukesh Singh had clearly indicated that these terrorists were planning to disrupt the DDC polls. So far, over 200 terrorists have been killed in Jammu and Kashmir during the year 2020.