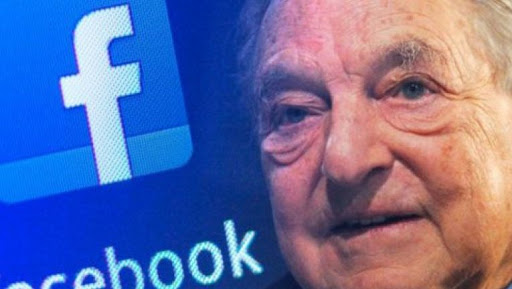 The board’s four co-chairs, while talking to New York Times, has written:

“The board members come from different professional, cultural and religious backgrounds and have various political viewpoint.,”

However, the report reveals that 18 out of 20 members of the independent board has close ties with the groups that directly receives funding from George Soros’ Open Society Foundations- one of the most influential and well-funded organization in the world which creates chaos and anarchy in a bid to change the regimes which don’t suit their “globalization” agenda. The biggest threat to them are nationalist governments such as the present one in India of Bharatiya Janata Party (BJP). Soros has recently set aside $1 billion to “fight” nationalist Modi government.

The reach of Soros’ foundation is quite vast and it has supported various political institutions in the past few decades.

The association of 90% of the board member with the foundation has definitely raised multiple intriguing questions against the working environment of the board, no less against the integrity of Facebook itself.

A report in public domain marks out all of these members of the so-called “independent oversight board “ which bears a mention in detail here, if nothing than just for the record.

Endy Bayuni:  Journalist and editor-in-chief of The Jakarta Post. He is a board member of the Institute for Policy Analysis of Conflict in Jakarta, headed by “Soros visiting practitioner chair”.

Catalina Botero-Marino (co-chair): Dean of Columbia law school that has received a whopping amount of $1.3 million from Soros’ Open Foundation in the past two years.

Nighat Dad: Founder and executive director of Digital Rights Foundations, which is also supported by the Soros Open Foundation.

Jamal Greene (co-chair): Professor of Columbia law school who recently served as an aide to Senator Kamala Harris, the Vice-presidential candidate of the Republican Party who also receives donations from the Soros Foundation.

Pamela Karlan: Stanford University law professor who is also a member of the American Constitution Society, founded and funded by Soros’ Foundations.

Ronaldo Lemos: Co-founder of the Institute for Technology and Society which was supported by Soros’.

Michael McConnell (co-chair): Head of the Constitutional Law Centre which was funded by the Soros Open Society Foundations.

Alan Rusbridger: Former editor-in-chief of The Guardian and member of committee funded by Open Society Foundation to protect journalists.

Andas Sojo: Professor and one of the founders of Soros’ Central European University.

Helle Thorning-Schmidt (co-chair): The Former Danish prime minister is a trustee at the International Crisis Group which is funded by Soros Open Society Foundations. She is also a part of the Atlantic Council’s International Advisory Board, which has also received funding of $325,000 from the Soros Foundation.

All you need to know about George Soros, you could find in our pages here. A few prominent names on Indian landscape such as Harsh Mander, Pratap Bhanu Mehta, Indira Jaising have been directly or indirectly associated with Soros’ bodies.