Military talks are after 100 days: Why China’s ‘salami slicing’ is not working 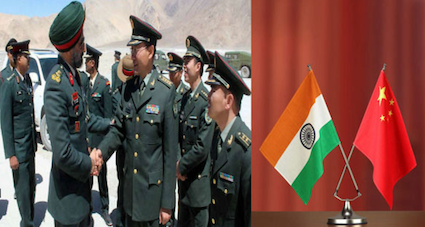 The Chinese had proposed July 26 as date for the 12th round of top level talks between military officials from the two sides. This proposal was turned down by the Indian side as it coincided with the Kargil Vijay Diwas. This round of discussions between the two sides will now be held on Saturday. The focus will be on trying to de-escalate and and disengagement in some areas of conflict in the Union Territory (UT) of Ladakh.

It is being said that this round of talks between Corps Commander of the two sides is expected at 10:30 AM at Moldo border point on the Chinese side of the Line of Actual Control (LAC). Traditionally, the two sides met alternatively on the Indian side and the Chinese side in what was called as BPMs (Border Personnel Meeting). This was before the bitterness between the two sides, fanned mainly by Galwan valley clashes of June 15, 2020.

For the past many years, China had been indulging in its favourite “salami slicing’’ policy and nibbling at border areas on the Line of Actual Control (LAC) in Ladakh. Things had escalated substantially in the year 2013 but around that time, India decided to build up its military capabilities in Ladakh.

As part of that strategy, it had inducted some armoured regiments in Ladakh, something which gave it an edge in some areas. The talks between the military personnel from the two sides will focus on Hot Springs and Gogra areas. Some analysts have evocatively called them “low hanging fruits’’, a phrase that was used for Siachen imbroglio with Pakistan once.

It is after April 9, a gap of over 100 days, that the two sides will meet. The last meeting, 11th round of talks, had taken place at Chushul border on the Indian side of the LAC. The two sides have different perceptions of LAC but things came to a head in May last year as India had adopted a more muscular policy in defending its territory over the last few years.

At the height of winter in February, the Indian and the Chinese had withdrawn some troops and weapons from the North and South banks of Pangong lake. However, there was no visible forward movement in disengagement of troops in the remaining friction points.

In the past, in Demchok the Chinese have often objected to Indian herders accessing local grasslands, claiming it was their territory. This is a cause of much bad blood and the local Ladakhis have often found fault with what they perceive is a “soft approach’’ towards deliberate provocations by the Chinese. Last year too, the Chinese had carried out what was described officially as “minor transgression” in Demchok.

It is unlikely that any talks will be held on the issue of Chinese trasnsgressions in Demchok and Depsang plains, another major point of possible conflict. Some senior retired Army personnel, who had served in Ladakh over a decade ago, said that the PLA soldiers used to patrol some areas where Indian soldiers also reached. There has, however, been hardening of stance on our side as we have developed some infrastructure in some pockets. As such, backing our claims is possible now by actual physical deployment, something that is not acceptable to the expansionist China, they added.