Minorities: Wish Imran Khan looks at this mirror of his own 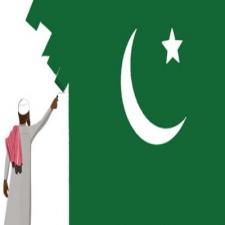 You want Pakistan to be a shining light of example for India in its treatment of minorities. It must be the cruelest joke not only on Hindus, Sikhs and Christians of whosoever are left in Pakistan but also on fellow Muslims such as Shias and Ahmadiyyas in the persecution of which you’ve played your hand. And should I remind you of what Pakistan has done even to Sunni Muslims, nearly 2.5 millions now, whom you left to their own fate in Bangladesh after agreeing to repatriate them?

I would not even get into the basic fact of only 2 per-cent of 23 percent of Hindus/Sikhs/Christians at the time of Partition are now left in Pakistan. Or that correspondingly, India’s 8 per cent of Muslims minority in 1947 has now ballooned to nearly 20 per cent. Let me begin by showing you the mirror on your act both as a Prime Minister and as a politician.

Isn’t it a fact that soon after you became the Prime Minister, you removed Dr. Atif Mian from the Economic Advisory Council only because he is an Ahmadiyya and in protest of which two other economists in the panel, Dr. Imran Rasul and Dr. Asi Ijaz Khwaja resigned? Do you need be reminded that a Punjab minister Salman Taseer was assassinated in 2011, being blamed for blasphemy as he advocated a fair trial for Christians even as you were flourishing in your political career?  Or that a Sunni Muslim terrorist group called Sipah-e-Sahaba which targets Shias is said to enjoy the state patronage?

Do you need be reminded that since your Constituent Assembly in 1949 declared Pakistan to be an Islamic State, Kafirs include both minorities and even fellow Muslims? Shias may number 20 per cent of the population but violent extremist action against them is routine. Ahmadiyyas have been declared non-Muslim by a writ of the state. There are forced conversions to Islam. Their houses of worships are bombed frequently. Pakistan’s pro-Wahabi/Saudi leaning against anti-Shia/Iranian is known to all but to you. The concept of a minority is alien to Islam and Pakistan. They have no future in Pakistan. The religious cleansing is consistent with the state philosophy. As Justice MC Chagla wrote in Roses in December: “To Pakistan, everything is communal.”

The constitutional amendment in the 1980s included in non-Muslims not only Christian, Hindu, Sikh, Parsi or Buddhist community, but also anyone of the Qadani/Lahori sect, a Bahai or a person belonging to any of the scheduled castes. Ahmadiyyas are already declared non-Muslims. Campaigns are on to condemn Shias to similar fate.

Around a million Muslims from Bihar opted to go to East Pakistan in 1948 because they believed in Qaid-e-Azam Mohammad Ali Jinnah and in the concept of “Islamic Pakistan.”  They were the ‘Urdu” speakers to “Bengali-speaking” inhabitants of East Pakistan.  They overtly supported West Pakistan during the turbulent year of 1971 when a successful revolt against the repression, death and rape of Pakistan’s army culminated in India’s intervention and creation of Bangladesh.

Various heads of Pakistan have visited “Geneva Camp” over decades. In the 1980s, Pakistani president Zia-ul-Haq assured these “stranded Pakistanis.” Later Nawaz Sharif made similar promises during the 90s. Benazir Bhutto, who belonged to Sindh, earlier had made it clear that there was no space for them in Pakistan. During his 2002 trip to Bangladesh, then Pakistan president Pervez Musharraf said he couldn’t allow Biharis to emigrate to Pakistan. This is the fate of nearly 2.5 million Urdu-speaking outcasts rotting in Geneva and others camps around Bangladesh.

Most of those repatriated are crammed in a slum in Mian Channu in Punjab, Pakistan. During the 1980s Karachi riots, the ethnic Sindhis targeted them with impunity. Their schools are bombed. Then there is Orangi town in Karachi which houses Biharis in a pathetic condition.

This is the price fellow Muslims who believed in the idea of Pakistan have paid over generations. The medal of destitution is all they have got for their loyalty.  But look at the gall and cheek of Pakistan’s Prime Minister and his copious tears on minorities.