Modi exposes the double standards of his opponents 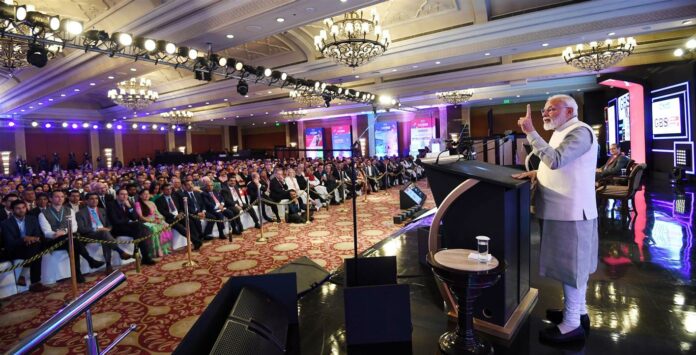 Prime minister Narendra Modi made some important points in the Economic Times Global Business Summit this week which are worth recounting for unfortunate readers of our country who don’t get to read it in our extremely biased and prejudiced Engish mainstream newspapers, by and large.

Modi first classified his opponents into a class which does all the “right talking” while he believes in “right doing.”

Modi said wasn’t it strage that “those who claim to stand for gender justice ended up opposing Triple Talaq Act.”

“Those who claim to champion humanitarian rights of refugees are today opposing it (CAA).

“Those who speak of Justice, lose no time in dragging the judiciary through the mud if just one verdict goes against what they have been championing for.”

Modi then took it upon himself to highlight various achievements of his tenure which is glossed over and ignored by his opponents.

“We were 11th in world ranking in terms of biggest economy of the world. Today we are fifth.

“In Ease of Doing Business, we have jumped 79 rungs.

“The Foreign Direct Investment in the country is touching new records every day.

He then compared the laying of roads, railway tracks and other infrastructural activities of his tenure with the previous UPA and showed the latter to be a laggard.

“The air-travellers numbered 17 crores before 2014. Now they are 34 crores per year.

“Under the Mudra Yojna, we have given through banks more than 1,100,000 crore rupees to youth and women of this country for promoting enterprenaeurship, without seeking bank guarantee.

“Everyday we used to hear of people losing lives on unmanned railway traffic lights earlier. We have now made sure they don’t remain unmanned now. For the first time in history, we are refunding money to passengers in case the train is late.”

Modi also mentioned the electrification on railway tracks as well as the bio-toilets which has given the railways completely a new makeover.