Modi has reduced red tapism like how, gushes Vaccine-maker’s chairman 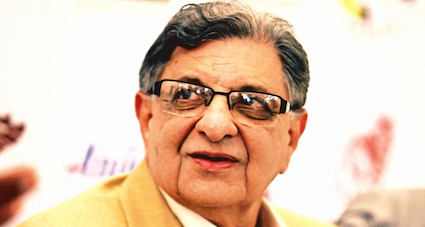 Serum Institute of India’s chairman and managing director Cyrus Poonawalla praised Prime Minister Narendra Modi and the administration for bringing reforms, saying the difficulties to get licenses and permissions for vaccines were reduced during the Modi government.

Poonawalla received the Lokmanya Tilak National Award and while addressing the event, he mentioned how earlier vaccine makers had to “fall at the feet” of bureaucrats and drug controllers to get permission for vaccine launch.

Giving an example, he said it took him two years to get the required approval to start manufacturing the Pneumonia vaccine.

He said under the current government there is no need for ‘maska polish’ and this is the main reason why Serum was able to launch Covishield so quickly.

He further added that while earlier they had to appease officers in charge, the current administration is so dynamic that drug controller responds even after office hours, in the evening.

“I must stress that my difficulties are much reduced under the Modi government. Definitely, I am not the one to give lip sympathy to government ministers but certainly, one of the major reasons why we could launch our Covid vaccine so quickly was because of the forthcoming grant of permissions, encouragement to industries and reduction of ‘Licencing Raj’. We have now got a drug controller who responds in the evening hours,” Poonawalla said.

He said they could have got 10-15 billion dollars more but that won’t have saved the lives of people. He mentioned that his family have made a huge sacrifice by providing the vaccines at a lower cost to save humanity. Pune’s Serum Institute of India is the world’s largest vaccine maker by the volume of doses it produces every year. It is one of the main contributors to vaccines against Covid-19 not only in India but also in the world.