Modi has so far donated Rs 103 crores from his mementoes, cash prizes 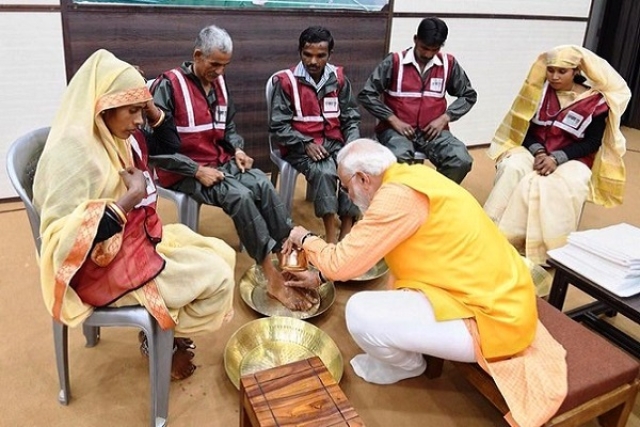 The donations of India’s prime minister Narendra Modi, during his long tenures in public realm, have now exceeded Rs 103 crores.

It was claimed by a PMO official, as per  report, who also mentioned Rs 2.25 lakhs which the prime minister had donated towards the initial corpus of PM CARES, invoked in the fight against the coronavirus pandemic.

“PM Modi has a long legacy of contributing to public causes ranging from girl child education to work on cleaning the Ganga to welfare of the underprivileged. These donations have now exceeded â‚¹ 103 crore,” the official said.

Last year, Modi had donated Rs 21 lakhs from his personal savings to a corpus fund for the welfare of sanitation workers at the Kumbh Mela, held in Prayagraj, Uttar Pradesh.

After receiving the Seoul Peace Price in South Korea, the prime minister had donated his entire prize money of Rs 1.3 crores towards the cleaning project of river Ganges. He had donted another Rs 3.40 crores fetched in an auction of his mementoes to the Ganges-cleaning mission.

The PMO said another Rs 8.35 crores had been raised in an auction of gifts the prime minister had received in 2015. It also went to the Namame Ganga Mission.

After he left his chair as the chief minister of Gujarat, Modi had donated Rs 21 lakhs from his own savings for educating daughters of Gujarat government staff. He had raised Rs 89.96 crores by auctioning all his gifts he had received as chief minister and donated it to the Kanya Kelavani Fund—formed to help girl children in their education.