Modi hits jungle in ‘Man vs Wild’ episode on August 12 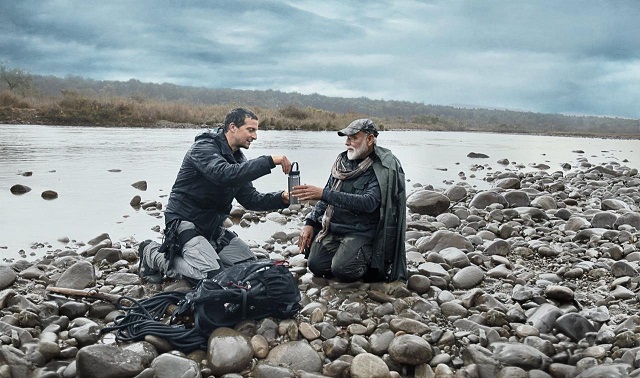 The show, titled “Man vs Wild with Bear Grylls & PM Modi” would show the two in the backdrop of wildlife conservation and the related issue of environmental change. The adventurous pair even “make” a raft and cross a jungle river together.

The show also has Indian Prime Minister talking at length about his own experiences of living in the midst of nature and demonstrating his adventurous side.

“For years, I have lived among nature, in the mountains and the forests. These years have a lasting impact on my life…For me, this show presents a great opportunity to showcase to the world India’s rich environmental heritage and stress on the importance of environment conservation and living in harmony with nature,” says Modi.

The special episode will be showcased in more than 180 countries across the world on Discovery network of channels.

Bear Grylls is one of world’s most-recognized faces of survival and outdoor adventure. He began his journey in 21 SAS before becoming one of the youngest-ever climbers of Mount Everest. He has authored over 85 books that have sold more than 15 million copies worldwide, including the No. 1 bestselling Mud, Sweat and Tears.

Bear Grylls has hosted prominent celebrities in the past such as then sitting American President Barack Obama, Kate Winslet, Roger Federer, Julia Roberts and many more. His show, “Running Wild with Bear Grylls” has seen him take global stars such as Julia Roberts and Ben Stiller among others.

Bear is an Honorary Colonel to the Royal Marine Commandos, the youngest ever UK Chief Scout and the first ever Chief Ambassador to the World Scout Movement, representing a global family of some fifty million Scouts.