Modi is an excuse: Real fear is Hindu awakening 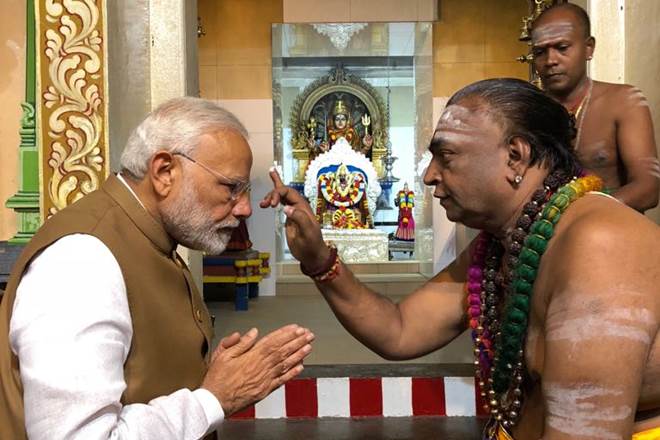 I doubt there has been a more significant month in India’s independent history since The Partition.

There have been famines, riots, four brutalizing wars dotting our landscape since 1947 but nothing as calamitous as the present month.

The land we call as India is being wrenched apart from the guts as it was during the Partition. The Muslim Factor is a theme as it was in 1947. Then too Muslims wanted “azaadi”. Now too Muslims want “azaadi.” On both occasions, Hindus’ rise was perceived as inimical to Muslim interests.

So, the problem is rise of Hindus. In 1947, it was perceived Hindus were far too many in numbers. Today, they are viewed as “bigot” under a “fascist” regime. As evidence, “lynchings” are held up as proof. The Citizenship Amendment Act (CAA) has provided further fodder to the cannon. That there were far more “lynchings” and “communal riots” under Congress-led UPA is conveniently forgotten. Or the fact that CAA too was set in motion by them.

A Muslim sympathizer would tell us that it’s not against Hindus but Modi’s BJP which is polarizing India and damaging it’s “secular” and “democratic” traditions. How it’s “democratic” to cling on to Sharia Laws? How it’s “secular” to drive out Kashmiri Hindus from the Valley? Who’s getting you more freebies and state benefits?

Modi is just an excuse. The real fear is the awakening of Hindus. The original people of the land who suffered for over a millennia under the Muslim invaders—from Muhammad bin Qasim to Ghazni to Ghori to Taimur to Nadar Shah to Babar to Aurangzeb to Ahmed Shah Abdali. Who had their temples broken, their universities burnt, their men sold as slaves, their women tossed around as playthings in harems. For whom the freedom came with vivisection of its lands in Pakistan and Bangladesh.

It’s a fear which Islamists share with other monotheist religion, Christianity. Both don’t want Hindus to know of their persecution at the hands of Islamist and Christian forces. Same is the fear of Left which can only survive if Hindus are unmindful of their heritage. Liberals of course are the face of colonialists who eye your land, labour and resources. They have populated school-texts, academia and media of this country in their singular mission to keep Hindus drugged in indifference.

Given its centuries of persecution, it’s natural that people of the land are suspicious if Muslims are happy with the abrogation of Article 370, “triple talaq bill” or judgment on Ram Mandir. Muslim leaders in any case are unhappy. Did they raise their voice when Bengali Hindus in lakhs were being killed and raped in East Pakistan in 1971? How did they react to plight to Kashmiri Hindus?

It’s the majority who rise in support of Modi. They are patriotic and nationalist; keen for India to be strong and wealthy. It’s difficult to feed them a false narrative for very long. More so if you are as discredited as the old political regimes or propagandists serving as media.

This month has again brought Hindu-Muslim fissures to the fore. This is an abiding divide which is impossible to bridge. Gandhi too had failed. What is good for the nation must be done without fear. Media could write what they want. They could have ears of Western press. So-called “secularists” could cry till the cows come home. Violence could happen. Streets may burn. But the government must do its governance without giving it a damn. Citizens must know their limits; as should do the government and judiciary should play the arbiter. It’s a simple, unclouded method. Anything else is mischief. And the nation of 1.3 billion people is a good bulwark against it.