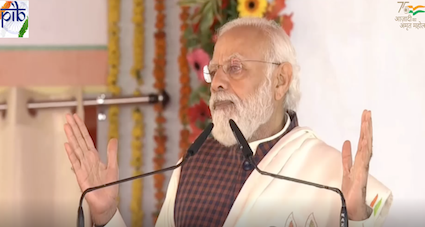 Once completed, it would be the longest expressway of Uttar Pradesh, connecting the western and eastern ergions.

The six-lane expressway, expandable to eight lanes, is being built at a cost of over Rs 36,230 cores.

A 3.5km long air strip for assisting emergency take off and landing of Indian Air Force planes would also be constructed on the expressway in Shahjahanpur.

An industrial corridor could also be built along the expressway.