Modi’s cabinet reshuffle soon; Scindia could get a berth: Reports 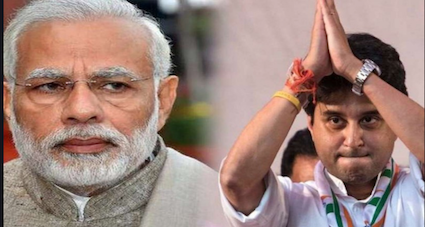 With an eye on assembly elections in five states — Uttar Pradesh, Punjab, Uttarakhand, Goa, and Manipur — next year and 2024 national election, Prime Minister Narendra Modi might expand his cabinet in a day or two for the first time after his landslide victory in 2019 Lok Sabha elections.

There are currently 60 ministers in PM Modi’s government, and according to an NDTV report, their number can go up to 81. This may be noted that several ministers are holding multiple portfolios. Reports suggest new faces could be given the responsibility of such ministries.

The BJP is also planning to include leaders from West Benga and Jagannath Sarkar, Shantanu Thakur, and Nitheet Pramaanik are the names in circulation.

There is a sizeable contingent from Rajasthan, including former Union Minister in Modi government P.P. Choudhry, youngest MP from Rajasthan hailing from Churu, Rahul Kaswan, and Sikar MP Sumedhanand Saraswati.

New Delhi MP Meenakshi Lekhi can be the lone entrant from Delhi.

From Uttarakhand, Ajay Bhatt or Anil Baluni may be up for ministries, and Pratap Simha is likely to represent Karnataka.

However, despite speculations, it is not clear yet whether BJP’s Bihar ally Janata Dal-United will join the union cabinet or not. As per sources, Nitish Kumar is expecting at least two ministries.