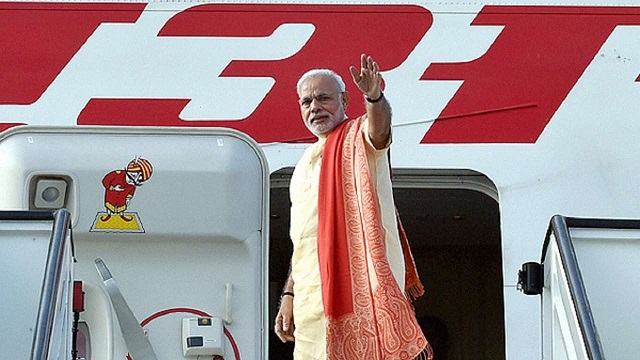 Prime Minister Narendra Modi undertakes his first visit as Prime Minister in his second term with a trip to Maldives (June 7-8) which is world’s smallest Muslim nation in both area and population.

Modi prefers being behind the wheels on foreign affairs which critics dismiss as “jaunts” but in reality have helped India’s stocks go up exponentially in international arena. (So fierce are his critics that Prime Minister’s Office (PMO) recently had to declare a list of Modi’s trips in his first term and the expenses incurred on it).

From being first ever Prime Minister to visit be it Mongolia or Israel; the skillful balancing between US-China-Russia, his signatures on Doklam or Balakot; and getting the world behind him on Pakistan-sponsored terror and UN blacklisting of Masood Azhar, Modi is seen as a decisive leader like few are around the globe.

However, his visit to Maldives is not an act of showmanship aimed at his critics who accuse him of ignoring his Muslim constituency. Rather, it’s an attempt to keep this little strategic nation of Indian Ocean firmly in his sight.

Modi was successful in wresting Maldives out of China’s control last year by having a pre-disposed Sino-favouring autocrat Abdulla Yameen replaced with Ibrahim Mohamed Solih who is favourably inclined towards India. This was managed by allowing Maldives to escape debt-trap and restoring democracy.

Indeed, the slew of foreign visits Modi has scheduled in his first month go a long-way in decoding foreign policy push in his second term. It is a delicate balancing act between United States and China; as well as push towards alliances in India’s East.

Donald Trump and his United States is beating down on India on multiple fronts: Iran, Russia and tariffs on trade. Modi meets Trump in G-20 Summit in Osaka on June 28-29. There is a likely bilateral summit with Trump in Washington this fall.

China too is uppermost on Modi’s mind. The informal summit between him and Chinese president Xi Jinping is expected in Varanasi in October – on the lines of Wuhan in China in April last year. More immediate interaction would happen during the Shanghai Cooperation Organization (SCO) summit in Bishkek in Kyrgyzstan on June 13-14 in mid-June where besides China, a square-up with Pakistan is also inevitable.

The third-angle of this international chessboard, Russia, is also firmly within Modi’s gaze. He would meet Russian president Vladimir Putin in Vladivostok during the Eastern Economic Forum on September 4-6.

As for his “Look East” initiative, Modi had invited the leaders of Multi-Sectoral Technical and Economic Cooperation (BIMSTEC) regional block during his inauguration ceremony this week. The BIMSTEC nation comprises of Bangladesh, India, Myanmar, Sri Lanka, Thailand, Nepal and Bhutan. This is Bay of Bengal initiative.