Modi, the best prime minister ever of India 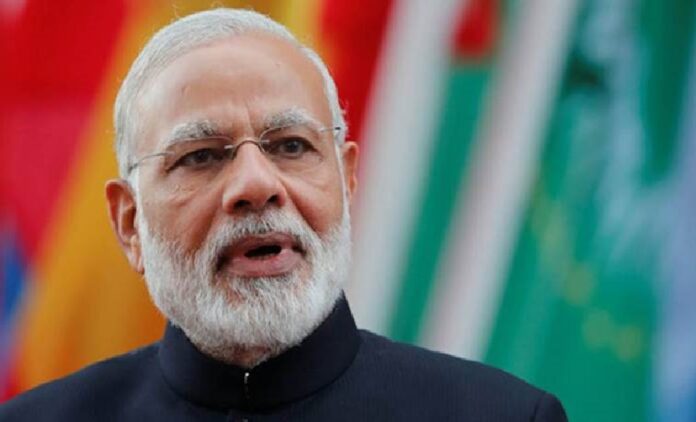 India Today has conducted over 12,000 interviews across 97 parliamentary seats in 19 states in its Mood of the Nation (MOTN) survey and over 65 per cent believe that Modi has been the best in his little over five years of prime-ministership of the country.

All those names which are etched in the consciousness of Indians as nation-makers come nowhere close. Pt. Jawaharlal Nehru, who presided over the country’s fate for 17 years, was nowhere in competition with 9% of votes. Indira Gandhi, who also was Prime Minister for more than twice what Modi has been, has acquired 14 per cent of votes.

It’s interesting that after Modi and Indira Gandhi, respondents have found Atal Bihari Vajpayee as India’s third best prime minister. A lot of it has to do with Vajpayee managing to bring India into the nuclear club and of course the honours in Kargil War.

The other prime ministers fall by the wayside. Both Lal Bahadur Shastri and Rajiv Gandhi were pegged at 6 per cent of affirmative votes.  Manmohan Singh who was India’s prime minister for 10 years, got only 5 per cent votes.

Among the chief ministers, the surprise was Yogi Adityanath who was adjudged the best performing chief minister with 20 per cent of votes. Surely the magnificent management of Kumbh mela has gone a long way in boosting Yogi Adityanath’s standings amongst the respondents. Mamata Banerjee who was topping the list for four consecutive years has dropped down to fifth spot. Nitish Kumar is second with 10 per cent of votes.

Three chief ministers are pegged together at third spot—Maharashtra’s Devendra Fadnavis, Delhi’s Arvind Kejriwal and Odisha’s Naveen Patnaik. They got 8 per cent of votes each.

Interestingly, voters don’t see much hope in Gandhis leading the revival of a moribund Congress. As many as 34 per cent of respondents felt that only a non-Gandhi could revive the Congress.

And what of the economy which everyday you read as sick and ailing in our newspapers?