Mr Kejriwal, we need your hands on the burning deck; not FIRs against our saviours 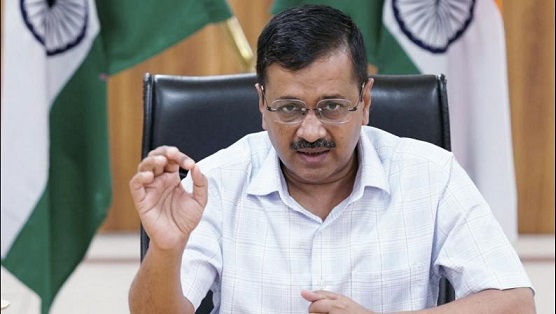 In filing a FIR against the Ganga Ram Hospital in the Capital, and accusing them of “black-marketing” Arvind Kejriwal could’ve appeared a concerned chief minister of Delhi but for a condemnable transgression—he saw a few “political” contacts behind it.

Taken to a logical conclusion, Kejriwal seems to be implying that Corona patients are not given due care and are being turned away as the hospital is secure in its political contacts. That is, if Delhi buckles under Corona’s weight, it would help a few of his political opponents.

If it wasn’t so, Kejriwal could have just limited his diatribe to the conduct of the hospital which doesn’t pass his muster. A FIR and accusation of “blackmail” is bad enough. The accusation that the hospital is not following the due norms is contestable. But to give it a political colour is wildly unnecessary.

One, it’s suspicious for in the past Kejriwal had made many wild accusations against other political heavyweights and then, with his tail between his legs, offered unconditional apology. In effect, he is loose-tongued and makes accusations when it politically suits him – only to flush it down the drain after it has served its purpose. Two, it raises the spectre of fear that Delhi is sinking and pretexts are being manufactured. Both are not good.

The Delhi Medical Association (DMA) duly has sent a stinging reply to Delhi’s chief minister. They feel it’s an “insult” to paramedical staff who are “risking their lives;” and are being “penalized” for their tireless work of the last few months. They feel an “overstressed” medical staff is being “threatened” and “intimidated.”  For good measure, DMA has mentioned its 15,000 members as being the ones who are being put “under pressure” by the “diktats (farmaans)” of the Delhi government.

The DMA, for good measure, has made a few demands which, if true, reveal the immense pressure under which medics are performing their duty. For one, they are explicit that testing facilities are inadequate. There are not adequate labs.  The DMA has made two other relevant points which deserve close attention of readers.

One is that there is need for timely transfer of grave patients to higher care centres. Two, in case of Covid-19 deaths, a prompt and efficient system to transport and cremate the body as per guidelines is urgently needed. It points to an overwhelmed medical system in the Capital. There are multiple issues with Corona pandemic where hospitals are being subjected to sorting their patients; bring additional requirements for those “quarantined” including supervision and in case of worsening patients virtually dictated to keep them within confines instead of shifting them to better care Centres.

Further, a peeved Kejriwal has banned the test on suspected Corona patients by the hospital since June 3.  Implying that they be admitted without ascertaining if they are Covid patients or not. It’s leading to the situation of over-congestion and chaos which the DMA has outlined in its letter. It would overwhelm the system and not help anyone—neither the hospitals nor the unsegregated patients nor Delhi for that matter.

Delhi needs a chief minister with hands on burning deck—not one who is blaming everyone but himself for at least one of his oversight: Remember Tablighi Jamaat? The last thing we need is to put the ones on the dock who are India’s real saviours. If they go, so would Delhi.