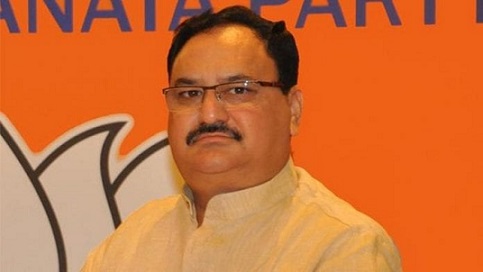 Bharatiya Janata Party (BJP), feared by opponents and in a mood to go where it hasn’t gone yet, has brought about some critical changes in its state teams in view of four assembly elections due in next year—that is in West Bengal, Kerala, Tamil Nadu and Assam.

Kailash Vijayvargiya remains in charge of BJP affairs in West Bengal but would now have a able hand in Amit Malviya, party’s IT cell head, to assist him. Not without reason, BJP senses its first government in the critical eastern state in next few months.

BJP’s vice-president Baijayant Panda would take care of Assam, besides Delhi while CT Ravi, general secretary and ex-Karnataka minister, would manage Tamil Nadu besides two other states, Maharashtra and Goa who, admittedly, still have assembly elections on distant horizons.

CP Radharkishnan, twice MP and former state unit head of Tamil Nadu, who recently has recovered from Coronavirus, would have the crucial state of Kerala to enlarge BJP’s footprints.

Meanwhile, Bihar would continue to be under the charge of BJP general secretary Bhupendra Yadav, who also has Gujarat affairs to look after. Harish Dwivedi and Anupam Hazra, both general secretaries, would assist him.

Another notable appointment is one of BJP spokesperson Sambit Patra and Nalin Kohli who have Manipur and Nagaland under their concern.

BJP general secretary Tarun Chugh, who was earlier the co-in charge for Delhi will now take over Telangana, Jammu and Kashmir, and Ladakh.

Newly appointed general secretary D Purandeshwari will look after the party’s work in Odisha and will also be the in-charge of Chhattisgarh.

BJP general secretary Dushyant Gautam has been made in-charge of Punjab, Chandigarh, and Uttarakhand, and Dilip Sakia for Jharkhand and Arunachal Pradesh.

While national secretary Vinod Tawde has been named in-charge of Haryana, Union Minister V Muralidharan is in-charge of Andhra Pradesh along with Sunil Deodhar as co-in-charge.

Party MP Tejasvi Surya, a fiery speaker, has been made the president of the party’s youth wing in place of Poonam Mahajan. Late Gopinath Munde’s daughter Pankaja Munde has been made national secretary.

Satya Kumar will see work in Andaman and Nicobar and Vijaya Rahatkar of Dadra and Nagar Haveli and Daman and Diu.

The party has also expanded its list of spokespersons to 23, with MP Anil Baluni being elevated as the chief spokesperson and remaining its media head.

The biggest changes were seen in the most significant group of office-bearers — general secretaries. Four general secretaries handling important states were dropped. They are Ram Madhav who was in charge of Jammu and Kashmir and the northeast, P. Muralidhar Rao who handled the southern States and Rajasthan, Saroj Pande who handled Maharashtra and Anil Jain who handled Haryana among other States.

This is the first time Nadda has reshuffled the team, since taking over as party president from Amit Shah in January. These appointments have come over a month after BJP national president JP Nadda had announced a new team of party national office-bearers.

Nadda has kept more or less the same team as Amit Shah and just reshuffled the major key player among the states. While the majority of senior leaders are retained by BJP, several leaders from Shah’s team have been dropped. Ram Madhav, who was earlier in charge of Jammu and Kashmir and the northeast, has not been allotted any state. Anil Jain and Saroj Pandey also have not been given charge of any state.