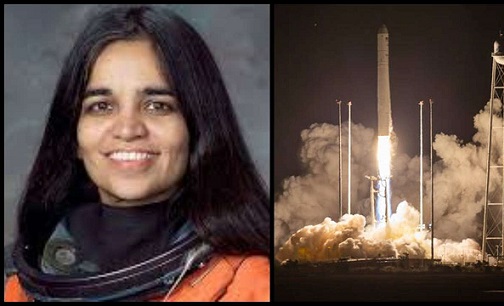 National Aeronautics and Space Administration (NASA) offered their tribute to late astronaut Kalpana Chawla and launched a commercial cargo named after her on Friday.

Kalpana Chawla was the first Indian woman and only second Indian astronaut who have travelled in space.

Her proud husband, Jean Pierre Harrison said, “I would say that Kalpana would be very flattered that this rocket is named after her”

The Indian-born Kalpana Chawla was one among seven astronauts who were killed when Space Shuttle Columbia broke up.  For the world of space and space enthusiasts, Kalpana has left her splendid legacy behind. Her supreme sacrifice and dedication for space research have literally made her a star.