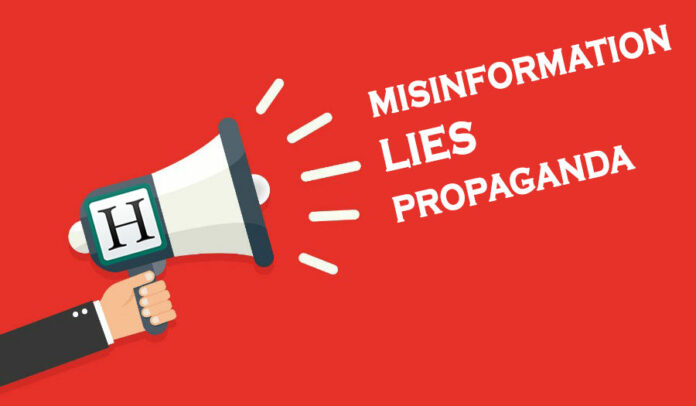 First NDTV and then Indian Express today published accounts of a showroom of Tanishq in Gandidham, Kutch in Gujarat had been attacked by a “mob”.

Then a vigilant twitterati took the trouble to go to the showroom and spoke to the employees, including the manager, who said no such attack had taken place.  Soon the Kutch police too claimed it was a propaganda and no such thing had happened.

Once shamed by vigilant citizens and the Police, NDTV watered down its stance. Now let’s see how NDTV went about spinning its own web of lies.

Then they put up a video at 1.09 pm with a running strip of “ Mob attacks Tanishq showroowm in Gujarat”.

All this while NDTV claim the manager of the showroom was browbeaten into issuing a written apology for the advertisement. They didn’t attribute this information to anyone, just jusing the much-abused word “sources.”

This is fake news. I just spoke to the store manager at Tanishq Gandhidham. I hope @TanishqJewelry too issues a clarification on this. Are they hand in gloves with NDTV in this victim playing? pic.twitter.com/Gp1LrZo6jg

Then NDTV went into a meltdown as the image below shows

Then came the version of the police which described all these “fake news” circulating as “propaganda.”

Meanwhile, Indian Express was more brazen. It cited an unknown Tanishq showroom employee and claimed a “mob” of 120 people had gathered near the showroom and had hurled abuses at the staff. “They said they were Hindus and wouldn’t tolerate such ads…We told them we too are Hindus. But they didn’t listen to us,” the so-called unnamed employee of Tanishq was quoted by Indian Express.  This report has now been deleted.

However, the only way Indian Express could salvage its reputation is to present the employee of Tanishq they claim to have spoken.