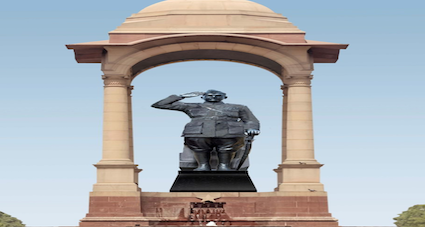 Prime Minister Narendra Modi announced that a grand statue of Netaji Subhas Chandra Bose will be installed at India Gate, New Delhi to mark the 125th birth anniversary of the leader

Taking to his official Twitter handle, PM Modi said the iconic statue will honour his contribution to the independence movement.

PM Modi further informed that until the installation work is under process, a hologram of Netaji will be projected at the site of the statue.

The statue will be installed under the grand canopy near  which the Amar Jawan Jyoti.

In Karnataka also, where Bharatiya Janata Party is in the power, the state government has decided to celebrate the birth anniversary of Netaji in all the schools and Colleges of Karnataka, every year.