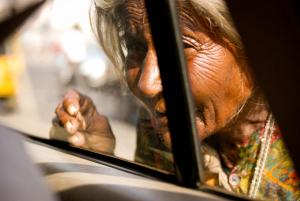 The preliminary results of the Socio-Economic Caste Census (SECC) are out.

First the bare but not dry—unless the sweat, tears and blood of poor don’t move you—facts:

Before we consider its consequences and hope you reflect on this misery, a word about the SECC.

The SECC is a commendable yet far from complete work. It asked its officials to ask members of all households in the country a few primary questions: (i) what they owned; (ii) how they earned a living; (iii) how much they earned; (iv) how far they had studied.

This census could hardly be termed complete. Invisible populations, such as foreset-dwellers; nomads; footloose migrants, bonded workers, people treated as pockmarks due to their sexuality and ailments must have been ignored—large official surveys usually suffer from this defect. It is thus only fair to say that SECC estimate on poverty and deprivation is far less than is the reality.

Now a reflection on facts:

The government’s response to these findings is typical. They promise to fast-forward economic growth. But the model is defective. They would clear up forests and leave people far from resettled; squeeze on public spending on education, health and agriculture; damage further labour and land acquisition laws. Instead, they should be more sympathetic to MGNREGA for in essence it offers definite waged work closer to their homes.

The government must pay heed to epidemic of farmers’ suicides and worry about large-scale migrations to hostile lands which is neither good for cities nor villages. Rural infrastructure must improve;  improved education, health, land laws must take place.

India does not shine for its teeming villages. That’s the truth. But are you there?