No Hindi-must in New Education Policy: But try telling it to DMK 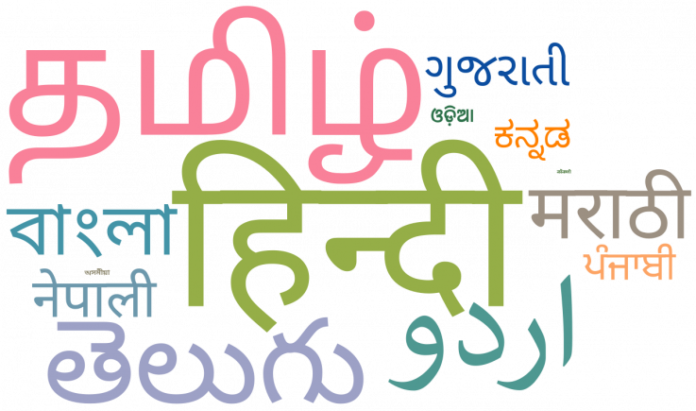 Nobody is imposing Hindi anywhere. Two Union Ministers, both of Tamil origin—Nirmala Sitharaman and Subrhmanyam Jaishankar—have clarified so in their mother tongue. No less than Krishnaswamy Kasturirangan, the force behind the draft of the New Education Policy (NEP), has rubbished such an interpretation. It’s time all the political parties in Tamil Nadu, and in Bengal,  let go on the hysteria. The Hindu and Indian Express too can stop rolling in the filth.

All hell broke loose when reports came in last week that the NEP has proposed making Hindi mandatory along with English and the regional language of choice in schools across India. All parties in Tamil Nadu, including DMK, the Congress, the Left, Kamal Hasaan’s Makkal Needhi Malyyam, MDMK and AIADMK, bristled with aggression and promised to hit the streets. In Kolkata, they actually did with the Bangla Pokkho civil society group shouting slogans against the “unfair imposition of Hindi” skipping over potholes on terrible city roads. For good effect, they also burnt the pages of the NEP draft policy.

The Centre has been swift in clarifying on its no-imposition-of-Hindi stand.  As NEP committee chairperson Kasturirangan—literally the horse’s mouth—says, “the policy envisages that every stage learns one language from another state.” In other words, you could be in Tamil Nadu and learn Tamil, English and any other regional language of your choice.

The reasons for a new NEP policy are sound. The last one occurred a quarter of a century ago. Much has changed in between. The social, political, economic, cultural reality is different from those times. Migration within India has increased manifold in millions. Language cannot be allowed to remain moribund. For a person living south in Chennai and seeking employment in Mumbai and Delhi, a basic understanding of Marathi or Hindi could only help.  Say, he is seeking a job in advertising or film industry in Mumbai. Won’t Marathi or Hindi be a bigger help to him? Won’t it help him in his social and economic mobility? And vice-versa?

The bigger paybacks are no less important. Language is communication and understanding only betters if two people could do it without resorting to Google translate. A communicating India is a growing India. Many classics and literary forces, as good as any produced in human history, have a limited bandwidth because one language, only a few kilometers apart from another, is Greek to its listeners. To understand the breadth of this logic remember that India has 780 languages. No less than 22 languages are listed in the eighth schedule of the Constitution.

But raising the spectre of a powerful Centre imposing Hindi suits regional chauvinists and their vote-banks. DMK in Tamil Nadu, and its allies, reaped a rich harvest on this seed in the 2019 General Elections. As many as 37 out of 38 seats went to this grouping.  It’s the separate “Dravidian” identity from the “Aryans” of North which launched dozens of careers in down South; overflowing their coffers and unleashing unbridled reservations in the Southern states. In Tamil Nadu, for instance, the reservation is up to a whopping 69% in favour of backward communities. The fiat runs across all spheres be it jobs or medical studies.

Hindi must not be imposed on rest of India and it won’t be. Howsoever the case in its favour remain strong: Almost 52 crore or 44 per cent of India speaks Hindi; nearly 62 crore speakers worldwide which makes it third most spoken language behind the Mandarin and English.  India is a land of hundreds of languages, customs and cultures and it is the diversity which makes it unique. A universal umbrella would be a great assault on the federal character of its republic.

So the anxiety in Tamil Nadu or in Bengal is nothing but rumour-mongering with Lutyens Media being a willing accomplice.  How come no other state or its politicians have a problem with the draft of NEP? Why hide the fact that it’s just a draft and the New Education Policy would solely be guided by the feedback it gets from the rest of the country? Why speak the language of anarchy when the intent is one of unity?

(P.S: Studies though say that Tamilians who can speak Hindi are 50 per cent up in 10 years across Tamil Nadu. The current preference for CBSE, ICSE schools has led to students preferring Hindi as optional language even in Tamil Nadu. The popularity of Bollywood movies could be another reason).